Log in
By OwlSaysBlimey - Sweden
Today, I got an angry call to the phone shop where I work. The caller demanded that we give him his money back. His reason? He said he'd been tricked because his phone got ruined by water "even though he was using the waterproof application". FML
I agree, your life sucks
43554
You deserved it
2876
79 Comments
Favorite
Tweet
Share 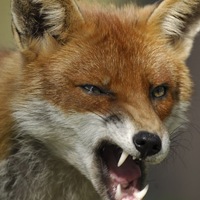 OwlSaysBlimey tells us more :
I really didn't think this would be posted, but thanks for all the hilarious comments! Well, I think I ought to explain it a bit. This person is one of our usual customers and is infamous for being a total idiot. Although this isn't the first time he has complained to us, this is by far the stupidest complaint he's made. He's usually complaining about that the Internet's off and that he can't turn 3G on and so on. Anyway, he didn't get his money back and my boss told him to piss off, so we're all good :).
Work By Anonymous - United States
Today, I dropped my trash into what I thought was a garbage can. My co-workers stared at me like I had just pissed myself. It was a toy collection box for children in foster care. FML
I agree, your life sucks
32855
You deserved it
10827
37 Comments
Favorite
Tweet
Share
By onlywantuanyway

After he accepts reason and buys a new phone, make sure he purchases your $49.99 zombie-proof app.
Send a private message 95 3 Reply
Reply
Yes, he'll need the zombie-proof app when he's watching Walking Dead on his phone.
Send a private message 20 0 Reply
Wow. It still amazes me how stupid people can be.
Send a private message 14 2 Reply
It's painful trying to explain these things to idiot customers. I hope that was only one of few people you have to talk to.
Send a private message 11 1 Reply
Next
Spicy
Today, my mother suffered a stroke and had to be hospitalized. In order to drive him to the hospital, I actually had to find my father, who never answers...
I agree, your life sucks
61
You deserved it
3
0 Comments
Today, the guy who told me he “wasn’t looking for a relationship” started being in a relationship with another girl. I lost my virginity to him and went...
I agree, your life sucks
516
You deserved it
236
7 Comments
See all the Spicy FMLs
© Beta&cie, All rights reserved