Log in
By vbecka - Norway - Oslo
Today, I foolishly thought that I was alone in the house, and let out a huge fart on the toilet. This went on for a while due to an upset stomach. I later walked into the living room only to find my parents and a few of their friends sitting on the couch, teary-eyed from laughing so much. FML
I agree, your life sucks
48276
You deserved it
7584
100 Comments
Favorite
Tweet
Share 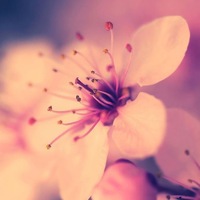 vbecka tells us more :
Hi! OP here! :) first off all: wow! I never expected this to make it to the FMLpage! Don't worry, people. I posted this because it was funny. I was very, very embarrassed when I walked out to the living room and saw everybody and realized that I hadn't been alone after all(my parents came home from their trip to our cabin with their friends a day earlier than they had planned.) But I laughed at it after I realized how funny it was. And it's extra funny that you guys automatically assumed that I'm a guy! I'm actually a girl. haha! Which is why I felt so embarrassed, since I've never met those particularly friends of my parents. Great first impression, don't you think? lol. but they smiled and joked around, trying to make me feel less embarrassed, so it's all good!
Miscellaneous