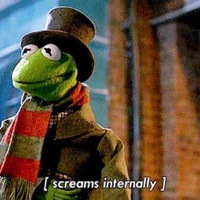 quickit tells us more :
Hey you guys it's OP. Reading some of the comments have made me laugh a lot! But allow me to shed some light on the situation. So I was just entering into my third week of working at Mc Donald's when this happened. An old woman noticed the two teens go into the play structure and reported it to us. We have a strict policy that children over the age of twelve aren't allowed into the play place. Part of that reason is due to size. Anyways after trying to convince the kids to come out my manager told me to go up there and get them out. I could barely fit into the structure but they came out shortly after. It ended with both of them being banned from that restaurant and their parents being called to pick them up. I'm only working there part time because I am a student but I hope I don't have to do anything too crazy like this again.
Work Can someone just help this person?

Today, I discovered my friend will be upstaging my birthday by hosting another birthday party shortly afterwards. Not for her of course, but in honor of her favorite actor. FML
I agree, your life sucks
1689
You deserved it
154
38 Comments
Favorite
Tweet
Share
By ER1C - Canada

Today, I can't look my roommate in the eye because he walked in on me showing my drag friends my new dress on Discord last night. My roommate is really conservative. We used to get along so well too. FML
I agree, your life sucks
1455
You deserved it
383
13 Comments
Favorite
Tweet
Share
By ForeverLost