Log in
By leafynitemare - United States - North Hills
Today, an old man wanted to return a fryer. The box had blood smears all over it, so I told him no. He became irate and demanded a manager. Management said, "Hell no and don't touch that box." When I came back, he was licking a paper towel and attempting to wipe off the blood. FML
I agree, your life sucks
18415
You deserved it
1096
45 Comments
Favorite
Tweet
Share 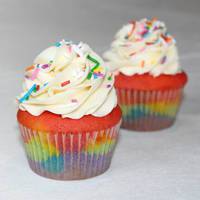 leafynitemare tells us more :
Your comments are hilarious. I love the murderer theories. First off, for those guessing this is walmart, you're correct! I almost died laughing. Okay, he had handed me a receipt and I noticed a drop of blood in it. I had just had a red pen leak and thought it was from that. Then I looked at the box. And I stood there going "ummmm...whats going on?" And the old man holds up his arm showing a nickel sized cut that is bleeding profusely. I wasn't sure how to handle such a situation. It's not every day someone tries to return something with blood all over it. So I excused myself to seek a manager. The manager didn't believe me at first. But I told him again and he realized I was serious. After he saw the box in question, he said to the man that he would not even allow me to touch the box. The man was very angry, citing that he had the receipt and everything that came with it. No, I never opened the box. I didn't touch it at all. He tried to get other customers on his side but one said "dude that's blood. I don't blame them. People are touchy about blood. You never know." And then he suggested I should be extra careful because I appeared to be pregnant (which I am not, just really bloated). The old man said "yeah alright" and left without further incident. I went to tell the managers about the second part (where I came back and he was wiping off the box) and they smiled in disbelief and the higher manager said "yeah, we're never returning that" which meant more work for me having to put notes on the registers letting the others know we are not going to return it and why.
Work

He did not care