Log in
By nattlecakes - United States - Sacramento
Today, after over six weeks of not getting a single shift at my part time job, I finally went in to meet my new manager. He didn't even know I existed. Apparently my old manager lied and said I quit so they hired someone else. FML
I agree, your life sucks
36334
You deserved it
6106
95 Comments
Favorite
Tweet
Share 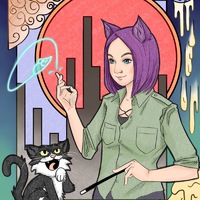 nattlecakes tells us more :
Alright. OP here. My workplace switched managers due to our store getting a bad rating from corporate and sales basically tanking. He was demoted to a different store and instead decided to quit. I wasn't getting hours before my old manager left either. I had talked to him and he said the ratio with sales versus hours employees are working was out of whack or something along those lines, and since I hadn't been fully trained yet I couldn't run the shop on my own or even with one to two others there since they would have been either doing all the work or they wouldn't have needed me there. Also pretty much very other co worker had been whittled down to only one to three shifts a week other than the supervisors so that was out of my control but things are supposed to change when the new manager comes in. My new manager comes in a few weeks ago and I was still coming in every week to check the schedule. At this point nobody knew that's what my old manager had said. I kept seeing coworkers and talking to them, but never my new manager so I checked to see when he would be in. Inconveniently, just after this new manager transferred to our store he went on a two and a half week vacation (three weeks of work). The day he comes back in I come in and introduce myself and say I would like to discuss hours, and he has the most confused look on his face ever. I punch in my employee number and it says I am no longer employed. That's when we called the owner and figure out what had happened. They said they would call me. That was on Saturday and it's now Tuesday, so i have no idea whether or not I will be getting my job back. Either way I am looking for employment elsewhere since I obviously don't have much stability at my current workplace and the business is suffering badly anyway.
Work A complaint of Karens