Log in
By thebigtwinkie - Romania - Bucharest
Today, a guy tried to pick me up with the line, "You're ugly. Just kidding. You're my date." FML
I agree, your life sucks
44439
You deserved it
3977
98 Comments
Favorite
Tweet
Share 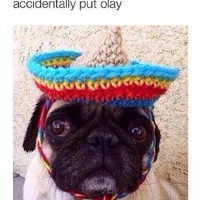 thebigtwinkie tells us more :
After thinking for a bit, I eventually thought he was kind of cute even though the line was absolutely awful, but he had good intentions so I faked a smile, not wanting to hurt his feelings. Oh, and I'm so happy that it's published!
Love

By :/
Today, I purposely set my phone off in class to make it seem like I had friends. FML
I agree, your life sucks
44182
You deserved it
17417
96 Comments
Favorite
Tweet
Share
By iscreamforicecream - United States

Today, my daughter called 911. Why? Because she couldn't get the images to show up on her phone. She's 12. FML
I agree, your life sucks
2506
You deserved it
468
15 Comments
Favorite
Tweet
Share
By GnatEater

It's just a poor attempt at &quot;negging&quot;.

That's a lot of thought to come before an 'automatic response'. Look, personally, I wouldn't want to smile at a comment like that myself. I'd most likely be a combination of confused and offended. And I'm sure there's a lot of people who'd agree, but I'm also sure that many people would react differently. The only thing that bugged me about #68's comment is the implicit assumption that: &quot;she must have only done it because she felt forced, like she *had to*, no way a woman would/should do it otherwise&quot;. I'm probably overreacting I admit, but can we stop trying to project unnecessary explanations onto female behaviour? Maybe she felt forced, maybe she did it of her own will (and frankly, assuming the former is always more offensive). Just like maybe she's angry for a reason, she's not just 'on her period'. Come on people, there's 3 billion of us women, we are not all robots with identical behaviour patterns you can analyse. Bugger off.
Send a private message 1 0 Reply
Sounds like a real winner
Send a private message 53 4 Reply
F his life for being dense enough to think that would work.
Send a private message 116 2 Reply
What a charmer! I hope you told him to piss off. :)
Send a private message 48 2 Reply
How is that meant to impress anyone?
Send a private message 62 1 Reply
I'm sorry you were subjected to that, OP.
Send a private message 14 4 Reply
Balls have to be huge to look someone in the eye and tell them they are ugly. Or it could be his brain is a small as his peanuts. Leaning towards the latter in this situation.
Send a private message 43 3 Reply
Reply
I'm certain that it doesn't take courage/huge balls to use that line. You only need a personality disorder and/or some level of mental impairment. The worst part is OP found him somewhat cute instead of seeing him for the repulsive individual he is on the inside.

Negging isn't a viable mating strategy (unless you aim for the super low hanging fruit that are happy with any kind of attention, but then a normal line would be just as effective if not more so!) I can't think of a situation where a guy would benefit from a girl thinking she is ugly, it's just plain ignorant.
Send a private message 5 0 Reply
Reply
They benefit the girl feeling grateful somehow or that no one else would like them so they are more willing to be put through abuse and stay. Abuse victims van feel as though the abusive partner is sacrificing and so loving to stay with them because their self esteem is so low and can be made to feel like they deserve what's happening. It's very sad horrifying..
Send a private message 2 0 Reply
What the hell does that even mean?
Send a private message 27 2 Reply
Reply
&quot;No one knows what it means, but it's provocative&quot;
Send a private message 77 2 Reply
Reply
&quot;not it's not!&quot;