Log in
By taylorbrown97 - United States - Mount Vernon
Today, a customer called the Chinese restaurant where I work and complained about her takeout order not including donuts. After informing her that we don't have them, she started to curse at me while citing the website as proof. She thought wontons were synonymous with donuts. FML
I agree, your life sucks
25812
You deserved it
1633
58 Comments
Favorite
Tweet
Share 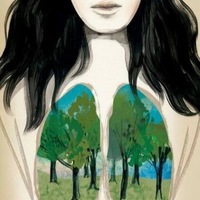 taylorbrown97 tells us more :
Hi guys, OP here! To clarify, by donuts she meant those "Chinese" sugar donuts that you can get at cheap buffets (at least where I live, in rural Ohio). Instead, we are relatively more of a high end Chinese restaurant, a family owned place that could be compared to PF Changs. So there is no way we would have those cheap donuts anyways! But for whatever reason she thought that fried wontons were the same things as those fried sugar donuts. She was incredibly upset and basically demanded that we give her the fried donuts that we supposedly offered on our website. Basically, working as a server/host in a restaurant is fun when you get to deal with unreasonable people! Thanks for the publish!
Work How nice of them.