Log in
By mercumorr - United States - Philadelphia
Today, "What kind of penises do you guys have?" wasn't even the weirdest thing I've heard my elderly female co-worker say this morning. FML
I agree, your life sucks
10820
You deserved it
715
35 Comments
Favorite
Tweet
Share 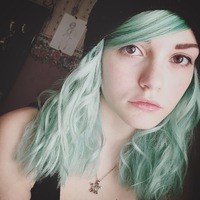 mercumorr tells us more :
OP here! It was in no way meant as harassment and definitely wasn't a serious question towards anyone! And no, it's not a sex shop! We manufacture eye wear :) For those asking for the weirder things: 1. A 36 year old man asked me out twice 2. The same man has been fired and escorted out by police for parole violations (convicted of owning/distributing child porn a few years ago, if you're interested) 3. An old woman has bent a young black man over a table and spanked him with a ruler 4. Found out that the nice, grandfatherly old man actually says creepy sexual things about the young girls he finds attractive. My favorite being, "I need some bubble wrap to hide my woody" 5. Gotten asked if I wear my beanie during sex because no one has seen me without my hat since my first day 6. Found a LARGE clump of pubic hair in a bathroom stall. Someone was actually trimming their pubes at work. 7. Recently had the bathrooms soundproofed because you could hear people having violent diarrhea from the conference rooms right next door. Guess it ruined the CEOs' catered meetings a little too often. 7. Heard a mentally challenged man frequently discuss popping his blow up dolls, porn preferences, and how he sometimes gets the urge to masturbate in the bathroom. Still employed with us, but thankfully got transferred downstairs to the lab. 8. Heard a couple guys make sexual comments about the woman who delivers the mail to each department, not knowing that she is actually my mother 10. A guy came in on heroine and took dick pics on the elevator. While someone was right next to him. I left quite a few out to keep this from going on too long, but there's some of my favorites. I find most of these things pretty funny and I don't wanna be the reason anyone loses their job, so I don't plan on reporting anything!
Work Rock and a hard place

Thanks capitalism, I hate it!

&quot;When was the last time you had an enema?&quot;