Log in
By jlmed - Colombia - Cali
Today, my university considered it an "embarrassment" that I was going to be the first and only person to graduate from my engineering course, so they gave free passes to two guys who hadn't finished their thesis yet. They were congratulated in the newspaper; I wasn't. FML
I agree, your life sucks
61743
You deserved it
3949
149 Comments
Favorite
Tweet
Share 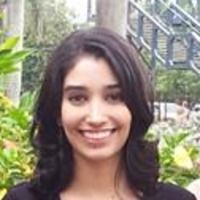 jlmed tells us more :
OP here, since some are curious for updates here it is (I made an account for this!): Sadly there isn't "more to the story", the University wanted more people to graduate and those two guys were the closest to the finish line (aside from myself). I have tried to raise hell, but since this is a very "macho" country no one is willing to back me up. Everyone knows it happened though. The rich old guys who run the University and took the decision in the first place can't even be reached, the only people higher up are government workers who are, of course, all men who are friendly with the rich old guys. Matters like these aren't exactly "priority" even if I did manage to reach an honest person in the government. I'm afraid I'm forced to "get over it" and just move on. Still pissed though. So, I've decided to save up and move to a country where I have possibility of equal pay (another big issue here), so that's all I can tell you guys for now. Thank you SO MUCH for your good wishes and back-up, it's nice to finally see people express the same anger as me. Oh and I graduated in IT Engineering, focused on multimedia, for those who were wondering.
Miscellaneous