Log in
By Jennandco - United Kingdom
Today, my fiancé called me 'thick' for not realising he'd been sleeping with his ex earlier. FML
I agree, your life sucks
35071
You deserved it
3201
93 Comments
Favorite
Tweet
Share 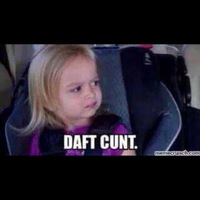 Jennandco tells us more :
Hey guys, OP here! Yeah hahah, it was just funny because literally 5 minutes before hand, I questioned whether he had, because I had my suspicions and he had a huge go at me for even suggesting it. I'm basically 'thick' because I didn't figure that when we were arguing about his number of jobs, he said 'at least I'm not an unemployed prick' he was talking about his actual genitalia, rather than just his employment (we weren't having sex because I was still recovering from an operation because I had been really ill) I didn't want to believe it because we had been on/off for 6 years and he really meant a lot, but then he showed me their messages discussing their sex just to hurt me further, but then expected me to get over it. So I guess then I kind of had to, huh? But it wasn't the first time he had done that, first time I tried to get over it. Not this time.
Intimacy Today, I found out that a guy who works overnights had secretly been videotaping me singing and dancing to my favorite songs while I worked my own graveyard shift. My new nickname at work is 'Prancy'. FML
I agree, your life sucks
1130
You deserved it
251
4 Comments
Favorite
Tweet
Share
By Anonymous