Log in
By AnonymousZOMBIE - United States - Kenner
Today, my dad got so drunk that I had to drive him home. He kept yelling at me to not speed, saying I was going too fast and that there were too many bumps on the road. I hadn't even started the car yet. FML
I agree, your life sucks
29792
You deserved it
2166
70 Comments
Favorite
Tweet
Share 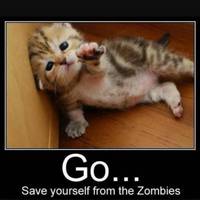 AnonymousZOMBIE tells us more :
He practically had a heart attack telling me that I'm not a race driver, when actually I had decided to take the smaller roads and I was going at about 20 mph. Then he proceeded to take off his seat belt jump to the back of the car and lay down on the floor praying that I don't crash the car on the way home. When we finally got home he said if I could heat up his shoes??? because he was very hungry, 10 seconds later, he passed out on the couch. To tell you the truth I don't think alcohol was the only thing he had last night. He works very long hours, and he's a hard working man, and he is always there for us. They gave him a 2 week vacation and the youngest of my brothers is going off to college. I guess he deserves a little bit of fun, especially when my mother passed away a year after my youngest brother was born, he had to raise 3 kids on his own. He got very drunk, but he deserves to have fun every once in a while, the good thing is that there is only one bar he goes to and both the manager and the bartender know us very well and calls one of us to pick him up so he won't have to drive.
Transportation

ps. the heating up shoes thing made me laugh a lot.
Send a private message 40 2 Reply
Reply
Thank you for the follow up! At least you and your dad can laugh about it later on
Send a private message 12 1 Reply
Reply
Sorry for your mother's loss. :(
And, yes he surely deserves to have bit of fun. He is lucky he has you to help him, watch out for him and take care of things for him. I'm happy for him.
It's fun to imagine him doing all that. I was ROFL. You must have done the same later... :P
Send a private message 2 0 Reply
Sounds like a real bump in the road