Log in
By givemechange - United Kingdom
Today, my boyfriend and I flew to another country to see a concert. He said he'd carry all the cash and tickets in his wallet, so I left my bag at the hotel. He got so drunk, five minutes into the show he took off leaving me stranded in a strange city with no means of getting back to the hotel. FML
I agree, your life sucks
33647
You deserved it
11875
183 Comments
Favorite
Tweet
Share 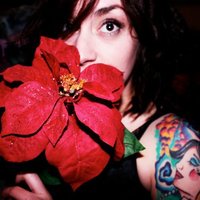 givemechange tells us more :
Im the OP. Here's a bit more information on what happened, as the fml format only allows 300 characters. We were going to a Slayer and Megadeath show, so I dont know if anyone who said "bring your purse, der," has ever been to a heavy metal show, but its not exactly the safest place to be carrying around a bag as it can easily be lost/stolen/ripped off of you in the craziness of the mosh pit. Also, it was Barcelona, which is notorious for pick pockets/thieves. The reason I gave my boyfriend all my money/ticket is because we live togather, have been dating for a long time, obviously I trust him, and know that he can take care of himself as he is trained in JuJitsu and MMA. Not that kind of guy you would pick pocket. And for whomever said " Why didnt you just follow him, der," well that would be because his stupid ass left me while I was in the bathroom and he was suppose to be waiting outside holding my drink. I did have my key to the hotel room, which was my only life line, and eventually found a cab driver nice and sympathetic enough to take me back to the hotel free of charge, because at this point I was cleary distraut. Yes, my boyfriend was selfish, moronic, careless and a being a drunk bafoon, but the story has a happy ending, I'm alive and well. ( And this was the first time anything like this has ever happened.)
Holidays Now, if he does that kind of stuff on a regular basis, maybe. Although, from the context, it doesn't sound like that is the case.
Send a private message 2 1 Reply
Maybe you Shouldn't have left your bag? Just in case something happens?
Send a private message 5 1 Reply
I'm guessing you made it home alive and didn't get kidnapped or anything... Right?
Send a private message 0 1 Reply
Next
Spicy
Today, my dad and I finally found something we have in common, after 12 years of barely talking with each other. We're both extremely suicidally depressed...
I agree, your life sucks
125
You deserved it
6
0 Comments
Today, after months of successfully taking strides to boost my long diminished libido, I found out my girlfriend, who always had a healthy sex drive, has...
I agree, your life sucks
269
You deserved it
25
4 Comments
See all the Spicy FMLs
© Beta&cie, All rights reserved