Log in
By zeeman2015 - United States - Austin
Today, I went to my girlfriend's house to celebrate our 4-year anniversary with a shadow box I had made for her of our memories over the years. I left her house single, with a small bag of "breakup candy." FML
I agree, your life sucks
25299
You deserved it
1721
64 Comments
Favorite
Tweet
Share 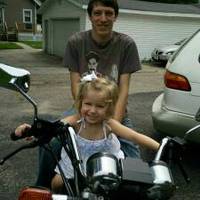 zeeman2015 tells us more :
hey guys, OP here. I would like to say thanks for the support on this post. So as for breaking up, it went as smoothly as I could hope for. She was kind enough to answer all of my "but why" questions and the candy was some of our shared favorites. I guess I should have seen the breakup coming but I was in serious denial for a few months. We are still on talking terms and are separating peacefully but it doesn't suck or hurt any less.. As for why it happened on our anniversary? It wasn't really planned in any way to be on that day. it just... played out like that. I know this sounds dumb but it was the first time we had gotten to speak at length in over a month. I hope this clears up any questions.. Thanks again for the support ya'll show
Love