Log in
By hemiol - Norway
Today, I was, once again, yelled at by multiple tourists because I don't speak their language, even though they could neither speak English or Norwegian. They also yelled at me for not accepting Euros. Norway is not a part of the European Union. FML
I agree, your life sucks
16605
Phew, glad it wasn't me
1427
68 Comments
Favorite
Tweet
Share 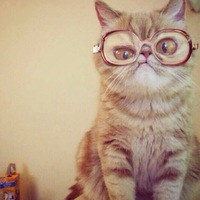 hemiol tells us more :
Because I do understand some of the languages of the tourists who usually come through. I usually get by with a couple of words here and there, some Norwegian and English, but some tourists just don't bother to even try. Usually it's fine, and everybody's happy, but every day I meet at least one asshat who turns to yelling in stead of being a bit patient.
Work Today, after months of avoiding fast food, I decided to eat some McDonald's french fries. Though the fries were delicious, they were not worth the agonizing 15 minutes I spent on the toilet afterwards. FML
I agree, your life sucks
1216
You deserved it
428
5 Comments
Favorite
Tweet
Share
By missseloit3