Log in
By Senseless_487 - United States - Pioneer
Today, I took my wife to a country concert for her birthday, even though I can't stand country. While she had the time of her life, I was punched twice, had a beer dropped on me, and had a rather large, drunk woman fall on me. Happy birthday, baby. FML
I agree, your life sucks
12706
You deserved it
1324
51 Comments
Favorite
Tweet
Share 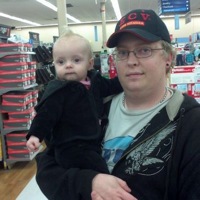 Senseless_487 tells us more :
Hey guys, OP here. While the music itself wasn't the worst thing in the world, and I did find out that Luke Bryan can be very funny, I found that the people who attend country concerts really aren't my cup of tea (I'm more of a pop punk/alternative kind of guy, i.e. blink 182, Yellowcard, etc.). To answer one question about getting punched, it turns out the guys behind me were very drunk and felt like messing with someone, and they picked me. So they each punched me in the head, and then one of them dropped the beer on me. I didn't have to do anything about it because the people around us kicked their asses and made them leave. And as to the people saying "suck it up," we all do things we don't enjoy for love, but when it crosses the line to physical violence and bodily harm, it becomes something that you can bitch about. She puts up with my geeky shit all the time without complaint, and I wouldn't have had a single complaint about spending my night at a country concert, but I went home cold, wet, smelling of beer, and in a lot of pain. I earned the right to bitch a little bit.
Miscellaneous Mom of the century