Log in
By extremereviews - United States - Fort Worth
Today, I realized how cheap I am when I blacked out at a water park and some one yelled "Call 911!" I tried to mutter out "No, that's too expensive!" FML
I agree, your life sucks
16962
You deserved it
14816
131 Comments
Favorite
Tweet
Share 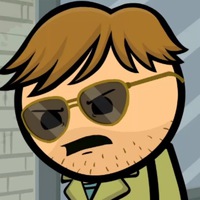 extremereviews tells us more :
Hello everyone! Yes I do have insurance, but the last time a friend of mine needed an ambulance the bill was still over $1500 after insurance. Also yes, in America you do have to pay when you go to the hospital. Luckily the water park just so happened to be built directly next to a fire station, so they just wheeled me over there and treated me on site. I was very dehydrated, and when I blacked out I was actually in line to get a water from the concession stand but I had been waiting in line for over 30 minutes in the heat which didn't help.
Health