Log in
By Suicidal_Divide - United States - Sacramento
Today, I heard a loud beep for over an hour. It didn't come from my phone or even an alarm of some sort. It was my son pretending to be a smoke alarm. FML
I agree, your life sucks
32948
You deserved it
3562
109 Comments
Favorite
Tweet
Share 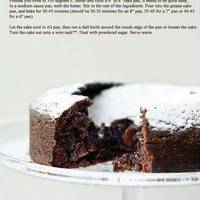 Suicidal_Divide tells us more :
OP here. I really didn't think this would be posted. So here is a little background on what was going on. First off, my son is 9 years old and Autistic, he is higher fuctioning but does still does repetative (and sometimes annoying) things. This does not mean I love him any less he is still my baby. He started the beeping because his grandpa came home and settled in without going in an saying Hi, so he hid under a blanket in the entry hall and announced himself by beeping loudly. While this wasn't the best way of trying to get anyones attention, it happened. While it started out cute, it did get annoying after a bit, but I also knew that he would stop as soon as he got tired of his "game". Not everyone would put up with the beeping as long as I did, but he was not hurting anything so I decided to let my son have his fun since he was not hurting anything.
Kids