Log in
By nerdsgetmehot - United States - Oregon City
Today, I had my blood drawn for a lab test. I was then given a container so I could give a urine sample. In the middle of peeing, I got woozy, started blacking out, and hit my head against the wall. A nurse discovered me with my pants down. FML
I agree, your life sucks
27225
You deserved it
2278
170 Comments
Favorite
Tweet
Share 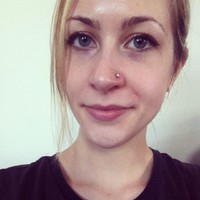 nerdsgetmehot tells us more :
So...A little back story. I went to the doctor to get tests because I often feel faint and dizzy in the mornings and it's quite an inconvenience. Just last week, when I took my cat to the vet, I ended up starting to black out randomly. Pretty embarrassing and obviously super inconvenient, as I had to drive home afterwards and was doubtful about whether or not I was okay enough to drive home. I get to the verge of fainting often enough to concern me. I've gotten a few tests over the years, but my doctor remains largely unconcerned about it. She thinks it's just my very low blood pressure, but I do everything I can to help that. I drink lots of water, eat salty snacks, and never get up too quickly-- but it doesn't help. So, ironically, I ended up fainting at a doctors' appointment to look into why I keep almost fainting. To answer some frequently asked questions: No, the nurse wasn't "impressed." I'm a female. Also, I think me lying on the floor immobile kind of killed the mood.
Health By BurnedDown - United Kingdom - Bridlington
Today, I wanted to spice things up in the bedroom with my husband, so I set up some Halloween torches to create a wild ambiance. Unfortunately our dickhead neighbours saw the glow, didn't remember that fire tends to give off smoke, and called the fire department on us. FML
I agree, your life sucks
39367
You deserved it
7730
103 Comments
Favorite
Tweet
Share
By Anonymous - 29/12/2020 08:03 - Germany - Ebersbach

All out in the open