Log in
By bekkylove22 - United Kingdom - London
Today, I had a call to the rodent rescue I run. They wanted to know if we had any mice for adoption and how much they cost. I told them that we had over 30 mice, and that we don't charge but do take donations. They said, "That's fantastic! I've been struggling to find snake food that isn't frozen!" FML
I agree, your life sucks
29316
You deserved it
4600
171 Comments
Favorite
Tweet
Share 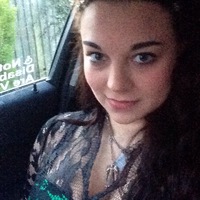 bekkylove22 tells us more :
Just to clarify, no I did not allow this person to take any mice. Live feeding is illegal in the UK (where our rescue is based) and the majority of the mice we have are ones that came from illegal 'feeder breeders' that were shut down by the RSPCA after being proven to be selling mice for use as live feed. Some of these mice have been hand reared by me from the day they were born if their mother had abandoned them or died herself, so there's no way in hell I would let them go somewhere they would be used as food. Hope this helped anyone who was asking questions!
Animals if I was the OP I would suggest switching to frozen foods, or ordering mice online or idk go to a freaking pet shop.
Send a private message 24 4 Reply
Reply
The whole point of what I said has escaped you. You eat burgers but eat a living cow sometime. I was pointing out the snake owners lack of empathy towards a living breathing being.
Send a private message 1 20 Reply
Reply
Lol
Send a private message 1 5 Reply
Reply
Yep still escaping me of what you're trying to say. Am I any less of a human being because I'll kill and animal skin it clean it and cook it, but you are not cause you sit by until after I do all the work into prepping it ?
Send a private message 18 2 Reply
Reply
You have only made yourself look foolish. Your statements didn't make any sense. Snakes have to eat too. You can't just starve them all to death simply because you don't like their method of eating. Sure, your dogs and cats can bring home dead rodents but the second I feed my snake, everyone is in an uproar. Please take your ignorance elsewhere.
Send a private message 19 1 Reply
Reply
#45 I do not lack empathy for a living creature. I'll cry if I hit a bunny, and I feel terrible when any animal is injured or crying.
I can however distinguish between killing something for pleasure (psycho) and for survival. a snake has to eat and the best I can do is give it frozen so at least the mouse isn't suffocated to death.
and I would be happy to go out and shoot a cow to eat, but why do that when there is already some packaged? waste not.
Send a private message 2 2 Reply
Reply
Because starving a pet is more humane. I hope you're began making such a statement. When the snake kills the rodent it snaps it's neck. It's a very quick process. A snake starving to death, however, is slow and painful.
Send a private message 0 1 Reply
Reply
As a snake owner whose snake won't eat frozen, I'd rather supervise his feedings than his starvation. Not all animals will do frozen
Send a private message 2 1 Reply
Well, it's still up to you whether you give them the mice or not..
Send a private message 5 4 Reply
Just say that's not the purpose of your business.
Send a private message 26 1 Reply
How did you react, OP?
Send a private message 9 2 Reply
Next
Spicy
Today, I had a conversation with a girl on Tinder, for the third time this month. Just like the other two girls, she turned out to be a prostitute. Only...
I agree, your life sucks
476
You deserved it
83
6 Comments
Today, it was the third time a guy high-fived me after sex. The other two guys gave me a fist bump. Is this a universal thing, or am I just one of the...
I agree, your life sucks
385
You deserved it
97
6 Comments
See all the Spicy FMLs
© Beta&cie, All rights reserved