Log in
By iluvpeanutbutter - Australia
Today, I got home from my holidays to find my flatmate has moved his girlfriend in without asking me. Not only does she walk around naked, she has also redecorated the rooms. FML
I agree, your life sucks
30594
You deserved it
4115
275 Comments
Favorite
Tweet
Share 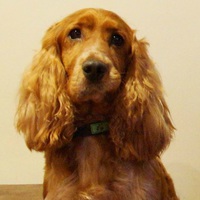 iluvpeanutbutter tells us more :
Hi everyone, I'm the OP here- I know this is ridiculously late, but whenever I tried to post when this was new, FML wouldn't let me. Anyway, the situation was that my boyfriend and I were living together, and a mutual male friend moved in with us as he and his ex had broken up. He started dating another girl, and 6 weeks after they started dating (while we were on holiday), we got home and found she had moved in without our permission. She had left crap all over the place, and moved a bunch of our stuff into cupboards (e.g. artwork, vases, books etc) and replaced it with her own stuff. As we had furnished the entire house, we were pretty pissed off. We were gone for 2 weeks. When we got home, she was walking down the hallway naked, and in the following days often walked naked from our flatmate's bedroom to the bathroom, or would just wander around the house in a bikini. She isn't hot; she looks like an absolute tramp. I've seen classier hookers on their corners. She was just an all-around cow. She didn't have a job, so she just used all our stuff (including my expensive toiletries). She had just turned vegetarian, and would pitch bitch fits if we cooked meat in the house (so I made steaks every other night). They ended up moving out about a month later.
Miscellaneous Today, I went into Target's dressing rooms to try some pants on, leaving my full cart outside. An employee thought it had been left there, and took it to put the stuff back. My coat, hat, gloves were in it. I had to walk home. FML
I agree, your life sucks
13651
You deserved it
22888
93 Comments
Favorite
Tweet
Share
By Erin - 22/4/2021 17:01 - United States - Pompton Plains

Today, after drawing a huge portrait of a homeless man to raise awareness about homelessness, I showed it to him. When I told him I was glad he liked the drawing, he groped me. FML
I agree, your life sucks
934
You deserved it
191
3 Comments
Favorite
Tweet
Share
By Matt L. - 30/7/2020 14:02

Today, my car insurance called about "the car I hit" on Monday night. Monday, I'd gone to the girl I’ve been seeing for a month's house for chicken parm and to meet her parents. I parked on the street. Her dad ran into the back of my car, leaving a dent. I never got the chicken parm either. FML
I agree, your life sucks
1664
You deserved it
123
4 Comments
Favorite
Tweet
Share
By Anonymous - 10/10/2020 11:01