Log in
By NoCnNoJustice - Australia - Brisbane
Today, I got banned from my favourite online video game for calling a person on my team a "Baked Potato". FML
I agree, your life sucks
33265
You deserved it
5890
218 Comments
Favorite
Tweet
Share 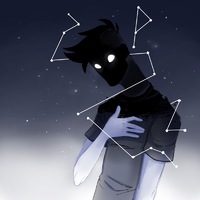 NoCnNoJustice tells us more :
You'd be right! I'll try and condense the story for you. So basically, I was playing Counter-Strike: Global Offensive (the game mentioned in my post) and my team was messing about and killing each other. In my frustration, I called the one who was the most annoying on my team a baked potato. It seems that he too must have been frustrated, because the next thing I know, he's called a vote to kick me from my team. Since I'm at the top of the leaderboard and I'm carrying my team (despite losing by a huge margin), I think to myself "Well, it's not like they're going to vote 'Yes', they need me on this team if we're ever going to win!" But, to my surprise, they all accepted the vote and I was kicked, consequently resulting in a 7 day ban from Competitive Matchmaking. Well, that's it! I hope this backstory behind it was sufficient.
Miscellaneous By Anonymous
Today, my friend was extremely constipated when he used my toilet. I'm now having to go buy a new toothbrush, because he used mine to dig out his shit. FML
I agree, your life sucks
2091
You deserved it
140
18 Comments
Favorite
Tweet
Share
By i'm not psychic, mother fucker - Sweden - Uppsala

Don't get me wrong, I get where you're coming from; I'm pretty eloquent in my writing and you have a hard time reconciling that with the idea that I could be autistic too, but let me tell you some things you can't know just by reading my comments.

I was diagnosed with Aspergers when I was three. I've been in special ed my entire school career. I've been in and out of speech therapy. I get nervous when I pass people on the sidewalk. My ability to talk drops in and out. I can't go to the store alone because then I'd have to deal with the cashier. When I was younger I'd get into trouble because other kids figured out that I'd do just about anything they told me to. School staff treated me like I was fucking braindead. I threw chairs. I hid under tables. I hit teachers. I had a yearlong battle with the school district that made me into a cold, cynical douchebag that I hate being.

This is my opinion, feel free to agree or dissent.
Send a private message 0 0 Reply
Reply
I've just gotten into ArcheAge myself, #48, and I've gotta say, the community is fun and the games clever, I'd probably suggest it to others. But oddly enough, I'm a carebear, which is usually looked down on, and still managing to have a blast.
Send a private message 0 0 Reply
After reading what could be the colloqial, slang definition of a &quot;baked potato&quot;, and possibly understanding why you were banned, I have just one question; who calls another person a baked potato, for any reason?
Send a private message 32 2 Reply
Reply
Depends on what meaning they used? If it is a stoned couch potato, I can see it. If it is the first urban dictionary definition, I cannot see why you would call someone that.
Send a private message 2 1 Reply
Reply
baked potato: yummy as fuck
so it was nice
Send a private message 0 1 Reply
You're so not giving us the full story! You probably gave them passive aggressive comments prior to this!
Send a private message 19 1 Reply
Next
Spicy
Today, I discovered the brand of condoms my parents use. It was in the same grocery bag as my food. FML
I agree, your life sucks
247
You deserved it
143
5 Comments
Today, I found out the real reason my boyfriend was terminated from work: for having an inappropriate sexual relationship with a coworker, and not because...
I agree, your life sucks
763
You deserved it
45
4 Comments
See all the Spicy FMLs
© Beta&cie, All rights reserved