Log in
By arsewipe92 - United States
Today, after two years of dating, I gave my virginity to my boyfriend on my birthday. It wasn't at all like I dreamed about; I dreamt that I wasn't allergic to latex. FML
I agree, your life sucks
58417
You deserved it
5508
210 Comments
Favorite
Tweet
Share 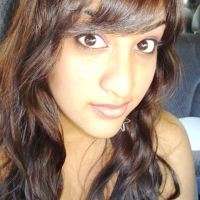 Anyway, YDI for using a condom.
Send a private message 4 27 Reply
Reply
If she just lost her virginity, then let's assume she was young and didn't have access to the pill or something. So good for her for being responsible and using decent birth control.
Send a private message 15 2 Reply
Reply
or possibly she just wanted to wait for someone special? if she was that young then she probably wouldn't have dated someone for 2 years.
Send a private message 3 0 Reply
Reply
Well, her s/n ends with 92, I'm going to go out on a limb and presume that refers to her birth year, which would make her 17 as of her birthday. So she was responsible enough to use a condom. I guess it's possible she's never worn latex gloves before because a lot of schools (science classes) supply plastic gloves because they know people are allergic to latex, same for if she ever worked food service (and it's possible she's never worked food service, too). So yeah, definitely time for birth control. And at 17, she can certainly make herself a doctor's appointment and get on birth control, she doesn't need a parent to consent for it. In fact, even if one of her parents take her, she has every right to ask them to step out of the doctor's office.
Send a private message 6 1 Reply
Reply
TWO YEARS? jesus kid, waiting that long is damaging to a relationship. :/ you could waste two years in 'love' when really you are just in lust. having everything build up to sex is a bad idea, because more often than not, there is nothing left after that.

anyway, I DO NOT SEE HOW THIS IS AN FML AT ALL. who moderates these things? she just needs to get birth control and tested for STDs. which is what she should have done it the first place. it's not a big deal or a life ruining situation at all. condoms suck anyway; i can't understand why anyone in a steady relationship would use them
Send a private message 0 20 Reply
Reply
@109: What? It's not stupid at all to wait that long, and nothing says she was building up to sex. Nothing also says that they didn't do anything else while she was waiting. It's her virginity... Nothing to toss around as quick as she can. Just because you give it up on the third date doesn't mean everyone else should.

And I doubt a lust would last two years. The wait is usually to make sure you feel close enough to a person to let them be with you like that. If it were all lust, she would have given it up a lot sooner. I also doubt they were &quot;building up to sex&quot; if it took two years.

Two years sound a good max to me, when you're a virgin. If you're scared of sex (ie: bad experience beforehand), that's also a good max. If you value sex highly*... eh, two years might be too long then...
By two years, you should know if you want to give it up or not, but it's not always the case.
There are rape victims who take forever to open up to their partners in that way. I don't think OP is a rape victim, but I'm just saying there are plenty of reasons an individual could want to wait...

*Meaning, if you believe you can't just let ANYONE sleep with you; you have to make sure you want them/you believe sex should only happen if you're really close, etc

The only way I can see it as &quot;damaging&quot; is if OP is 17, like someone pointed out, and just wanted to wait until she was 17 before she gave it up. Then, that WOULD be damaging, because then it's more like &quot;Oh, I'm 17, so I should fuck!&quot; instead of &quot;I like you a lot, and feel comfortable with you, so let's do this, today's a good date&quot; (birthday is a perfect set up, because you could have an amazing day and feel great that night, or have a crappy day and need a special comforting)


Ahem, though, OP, regardless of what you did...
There's always the pill? There are also several other things you could use, of course...
Send a private message 15 0 Reply
Reply
it IS damaging to the relationship, because even if one THINKS the relationship isn't building up to sex, well, it still is. it just works that way, especially since the OP is a virgin. from the post, you CAN see that the OP's relationship was building up to sex, because she was dreaming about it, fantasizing, believing that it would be special and perfect. sex is neither special or perfect, and therefore the OP was disappointed with the sex. she allowed everything to build up to the moment, and was disappointed, and therefore will probably end up disappointed by the relationship itself.


also, if you are going to argue, you probably shouldn't make wild claims about the sexual habits of a stranger; it makes you look quite silly.
Send a private message 1 12 Reply
Reply
If she wasn't ready in those two years, then she wasn't ready. It's not damaging if you simply aren't ready. If your partner can't understand that, you should lose them.

I fantasize about sex too, doesn't mean I want to jump into bed with the someone I fantasize about. I'm just thinking &quot;Hey, would be nice.&quot;
I don't dream about it being perfect or anything, in fact usually I think about the opposite lol
I don't think there's a single person who DOESN'T fantasize.

I doubt she was building it up to be perfect, too. I don't think anyone thinks it's going to be perfect, especially girls... you know, because of the hymen thing, aha... Maybe she imagined the surroundings/setting/whatever would be perfect (for example: romantic birthday dinner, then sex), but she is stupid if she imagines sex to be perfect.
Also, as her first time, it IS special, especially since it was with someone she was with for two years. If it's a complete fail, it's a special funny memory. If he's easy with her and is nice to her (whatever that may mean for her), then it's a special companionship memory.

And some people do have &quot;perfect&quot; sex. It all depends on perspective.

She was disappointed because she turned out to be allergic. Nobody dreams about being allergic, rarely anyone thinks about it. That's more disappointment in herself (in a way, not entirely) than in the sex, though. If she doesn't find a way around it, yeah, the relationship might be awkward after that. If she does, then she has a funny (though somewhat embarassing) memory.