Log in
By Summer_Jane - United States
Today, while in my doctor's packed waiting room, an elderly woman insisted I take her seat. I thanked her, but politely declined. She began to yell, saying I was "ungrateful", until I sat down. She then left, laughing, as I discovered that she peed in the chair. Apparently, she does this often. FML
I agree, your life sucks
45077
You deserved it
4506
90 Comments
Favorite
Tweet
Share 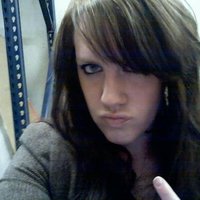 Summer_Jane tells us more :
Seriously - you guys rock. I laughed waaay too much reading all your comments. And for all you guys who were asking how did I not notice the pee? -- Yeah, I keep asking myself that, too. - It was one of those crazy patterned (ugly) cushioned chairs, so I couldn't tell it was damp. I_did_smell something, but doctors' offices have a lot of smells (as do elderly people...), so I didn't really think about it too much. But yeah...next time I'm assuming the worst.
Health Onan would be proud

Today, my little twelve year-old cousin who is staying with us for a while so his parents can "work out issues" ran into my room, his face ghostly white. He begged me to take him to the hospital because he "tugged" on his penis too much in the shower, and was "bleeding milky stuff." Sigh. FML
I agree, your life sucks
2421
You deserved it
142
8 Comments
Favorite
Tweet
Share
By natedudelol