Log in
By Rapunzel1974 - United States - Gulfport
Today, while I was teaching my chickens to eat out of my hand, one of the hens bit my finger and I dropped the entire handful of treats. Result: bonanza for the bird. The rest decided they could get more treats by biting me rather than by behaving. I now have a flock of fingerbiters. FML
I agree, your life sucks
40278
You deserved it
7413
128 Comments
Favorite
Tweet
Share 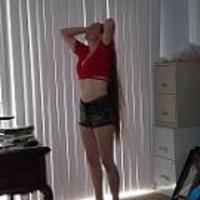 Rapunzel1974 tells us more :
I'm the OP. I'm the one with the Fabulous Fingerbiters. These chickens aren't food: they're overindulged pets. Each one has a name, so chicken stew isn't an option. I've named them after various vaudeville stars or actresses because they're a lot of feathery drama queens. Actually, biting the hand that feeds them is right in line with the entertainment-industry theme I chose when naming them. A chicken bite from a baby bird isn't really painful at all because their little beaks are so soft. Even an adult bird's peck isn't painful in the same way a dog or cat bite is painful. They can't break the skin, although if they get you in the face it can leave a scratch or welt. A parrot, by contrast, can take your finger off. Chickens just aren't strong enough. These are going to be lovely laying hens. They're just a bit cheeky. I think I can break them of the habit by switching for a while to grass instead of mealworms, by *not* dropping the goodies no matter what, and moving on to the second phase of training, where I train them to hop onto my lap and sit there to be fed and petted. When training a chicken, it's important to use food as a reward. They're not like dogs and they don't consider attention a reward. They don't even consider petting a reward until they're conditioned to do so, because it's not a normal behavior or sensation for them. But it's straight-up operant conditioning, right out of B.F. Skinner
Animals

Today, my seventy-year-old male live-in landlord asked if I'd heard a low humming noise the last few nights, around midnight, as someone had mentioned it. I feigned ignorance, whilst silently lamenting the decline of my self-pleasure opportunities. FML
I agree, your life sucks
1203
You deserved it
232
3 Comments
Favorite
Tweet
Share
By Kayladuh - 9/2/2021 21:30

This is the rhythm of the night