Log in
By cocacola999 - United Kingdom
Today, several coworkers think the operation scar on my wrist is really a failed suicide attempt, because I study design and apparently, "Artists are suicidal, right?" FML
I agree, your life sucks
25344
You deserved it
1721
75 Comments
Favorite
Tweet
Share 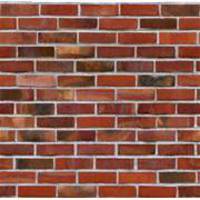 cocacola999 tells us more :
Hi, OP here. Great to see this published! A follow-up to what many pointed out - they did not actually ask me directly. Instead, they asked one of my friends "What's with her scar?". She already knew me during the accident and operation, so she said that it was an operation scar. However, the others started asking "Are you sure? Maybe it's a cover-up?" etc. The operation was less than a year ago, so I hope the scar will fade in time. I don't really care about their opinion, nor do I think that there would be anything shameful about a suicide scar - I rather thought this kind of stupidity was at least good for an FML. Let them think however they like.
Work Today, as I stepped out the door and heard it lock behind me, I realized I had forgotten both my keys and my baby inside. There's no other way in. FML
I agree, your life sucks
1956
You deserved it
1039
19 Comments
Favorite
Tweet
Share
By teebs - United States - San Leandro