Log in
By SApprentice - 4/12/2012 07:10 - United States - Harrisonburg
Today, my elbow was having cramps and movement issues as a result of an old set of surgical pins and wires that are being rejected by my body. One painful twitch caused my arm to lock out straight, unintentionally slapping my hand into my co-worker's crotch. Our waiting customers giggled. FML
I agree, your life sucks
26946
You deserved it
2012
92 Comments
Favorite
Tweet
Share 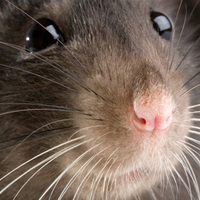 SApprentice Say more :
My co-worker is one of nicest people I know, he just kind of cringed and grunted, instantly beginning to tell me that it was okay. He knows I've been having trouble with that arm, so he doesn't hold it against me. I did give an apology several times though. The customers, on the other hand, were all fairly immature college kids. It was their laughter that really embarrassed me.
Health

The customers, on the other hand, were all fairly immature college kids. It was their laughter that really embarrassed me.
Send a private message 143 2 Reply
Reply
I realise this is several years later but did you ever get that fixed?
Send a private message 29 1 Reply
Reply
Well that explains it. You're a hamster and they used human surgical techniques on you.
Send a private message 37 2 Reply
Next
Spicy
Today, the new heart medication I take makes it hard for me to get an erection. It also gives me gas. My wife is getting sick of me farting when we're...
I agree, your life sucks
324
You deserved it
32
3 Comments
Today, I found out I’m the guy whose wife made adult films in college. Although embarrassed, I thought I may be able to get past it. Except for the fact...
I agree, your life sucks
1293
You deserved it
126
17 Comments
See all the Spicy FMLs
© Beta&cie, All rights reserved