Log in
By dys - United States
Today, my boss screamed at me for almost an hour because, apparently, I hurt my coworker's feelings when I stopped speaking to her after finding out that she was sleeping with my boyfriend. FML
I agree, your life sucks
45630
You deserved it
2747
92 Comments
Favorite
Tweet
Share 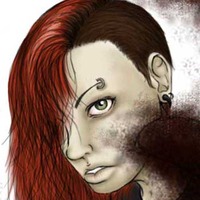 dys_fml tells us more :
OP here. Wasn't really expecting this one to get posted. To everyone who's asked- yes, he's my ex now. I didn't think it would make as much sense if I'd said she slept with my ex-boyfriend. And yes, I did lose my job over this. Said coworker and I were very good friends before all of this, hence the 'no longer speaking to her' part. I didn't simply stand there and get screamed at the entire time. I tried to give my side of the story and explain why I'd stopped talking to my coworker, but my boss just kept interrupting me and yelling, "I don't care!" and telling me I was full of shit. I eventually just left when she outright called me a liar. It was a small, locally owned business- so no union rep to call- and my coworker and I had two very separate jobs that didn't really require any interaction. I still spoke to her when I had to, if it had something to do with work. Apparently, she'd been going to our boss after I left for the day- who knows how often- crying about what a bitch I was and how unfair I was being, and saying that all of it was my fault to begin with. The boss even claimed that my coworker would need therapy because of me, and said that just my presence at the shop was making it impossible for her to do her job. The full story is obviously way too long for a single FML, so you can see why a lot of the details got cut.
Work This stuff is the reason HR was invented. Seriously. No boss can just yell at you for not socializing with a coworker after what happened.
Send a private message 12 1 Reply
Reply
key word: sane. doesn't sound like the boss is anywhere close to that!
Send a private message 4 0 Reply
Why is your boyfriend still your boyfriend? HE's the one who cheated on you, not her.
Send a private message 9 1 Reply
Reply
I agree that, without more info, it would seem that its her boyfriend who is most guilty here, considering her co-worker is complaining about getting the cold shoulder (which she should still understand unless she is stupid).
If her co-worker DID know that they were a couple and still slept with her boyfriend, she would not only be stupid, but a bitch as well and deserve a little more than just a cold shoulder.

If the boss knows, then you need to speak to HR about the unprofessional way your boss handled the situation.

Im all for keeping your private life out of your workplace, but when your workplace shoves it's nose (or vagina) into your private life, something needs to give. I would discuss with HR the issue going on. It's obviously going to affect your &quot;professional relationship&quot; with this coworker. HR should understand that and deal with the situation.
Send a private message 8 1 Reply
Reply
Yes, what #10 said, completely.

There might also be long-term ramifications to her career if she doesn't get away from this maniac who clearly has it in for her. Whether or not the boss knew the whole story, this was not right.

Only way it MIGHT be understandable, though still not okay, is if this is a part of the big picture of problems that the OP created at work -- and we don't know that this is the case. While, yes, we don't know the whole story, there are some things you just don't do, particularly at work, and this boss's behavior would be one of them.
Send a private message 2 1 Reply
Reply
idkweird, I couldn't have said it any better myself.

OP, I hope you either explained the situation to him if he didn't know, or went straight to HR after if he did. Or punched them both in the face and walked out. You know, whatever works.
Send a private message 1 1 Reply
Next
Spicy
Today, it's been two weeks since my girlfriend of many years and I decided to take a short break from each other. We'd been fighting a lot and felt like...
I agree, your life sucks
501
You deserved it
101
8 Comments
Today, four months into a deep depression, I now have a new involuntary reaction to being sad and angry. I constantly have an erection when I'm feeling...
I agree, your life sucks
554
You deserved it
62
4 Comments
See all the Spicy FMLs
© Beta&cie, All rights reserved