Log in
By nebarius
Today, marks the 3rd day I can't access my institutional login. It's also a replacement public holiday, meaning both the library and IT center aren't open too. My 2500 word Stylistics essay is due in two days. I have 0 words and near-0 understanding on the theory my lecturer told me to use. FML
I agree, your life sucks
5401
You deserved it
1587
20 Comments
Favorite
Tweet
Share 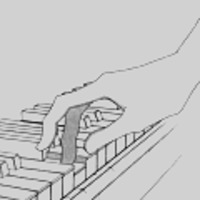 nebarius tells us more :
OP here! I didn't think my FML would get posted so I didn't create an account until now, haha. First, thank you all for your suggestions and understanding! Now, to clarify some things...(long comment incoming!) 1. I actually started researching for this assignment on Christmas (My family doesn't celebrate Christmas or New Years so I had no holiday celebrations to distract me). The institutional login went down on the 31st of December and during that time, I had just finished reading textbooks and articles on the Cognitive Metaphor Theory and have only started to look for articles related to my text and such. So yes, I spent 6 days reading up and researching more on the theory because I didn't understand it. Although I'm a second year English major, English is not my first language and it definitely isn't my country's national language either, so I had some trouble with certain words and concepts. 2. My classes officially ended after the first week of December, my class had consultations with our lecturers in the following week. It's not encouraged to start writing essays before the consultations because our ideas can be rejected and in Year 2, rejection is a high probability because we "need to be more unique" and "everything has been done to death". Also, paying attention in class rarely (in my experience) helps in university, especially for a course like mine because what you learn in class may never be applied in your essays. But yes, I actually did go and see my lecturer to have her explain things to me after each class, the unfortunate thing is that she speaks in a roundabout way so even when I ask her to clarify things further, it still makes no sense. Hence I often end up learning everything again by myself. 3. I had a 3000 word essay on Victorian Literature on top of this Stylistics essay. It's completely my fault for underestimating how much time and research I needed on my assignments (I spent two whole weeks on my Vic Lit essay) because I thought that my anxiety and perfectionist-tendencies wouldn't go insane this time round. 4. The Institutional login issue is a campus-wide one. Despite this, none of my classmates and I have the balls ask for a deadline extension. Prior to this issue, it has already been extended by a day and most of us don't want to bother our lecturer since she's the nicest one and the only one who really cares so far. She's also new and has done a lot for us (as in helping us catch up with the basics we weren't taught in Year 1 so that we can understand Stylistics). Also, as soon as it opened, I went over to the library to ask about what happened and they told me that the IT department decided to "restart" the servers, which I find ridiculous because it's less than a week away from examinations period and the majority of the university have their assignments due before examinations period starts. 5. My classmates are unfortunately on the same boat as I am, meaning, none of us get Stylistics enough to teach someone else. We've spent our entire time in Stylistics trying to catch up on the basics of Linguistics while learning Stylistics at the same time so a lot of whatever that's taught in Stylistics flew over our heads. 6. There's no "winter break" for my university because my country is a tropical country (which is weird because we have "summer break". Christmas is unfortunately also viewed as one of the minor holidays so no, there's no study break during Christmas as well, but it's still a public holiday. I hope that clears some things up! Also, I'm a 'she/her/female' :)
Miscellaneous Party in my underpants!

Then it doesn't matter if everything is closed, your brain is even more shut.

Send a private message 1 0 Reply
Being that most schools have been on break for the holidays for at least a week I'm going to have to agree with the "don't procrastinate" comments. if you didn't understand the theory you should've asked the teacher about it prior to winter break...YDI
Send a private message 1 1 Reply
I failed a online test when the university site went down for maintenance, and signed me out 2 minutes into an exam. Instructor said the syllabus was very clear on no excuses on incomplete tests.
Send a private message 0 0 Reply
Next
Spicy
Today, I caught up with a good friend and he let me rant about my sexless marriage. He was really understanding and supportive. I got home and he sent...
I agree, your life sucks
579
You deserved it
121
3 Comments
Today, I had the house to myself for the morning. I decided to enjoy being alone, so pulled my trusty bullet vibrator from the drawer. I was very much...
I agree, your life sucks
823
You deserved it
173
8 Comments
See all the Spicy FMLs
© Beta&cie, All rights reserved