Log in
By Mr_snuggels - Canada - Toronto
Today, I witnessed my very overweight cat trying to jump over my fence, only to shit himself half way up, and then land in it. FML
I agree, your life sucks
35327
You deserved it
5464
94 Comments
Favorite
Tweet
Share 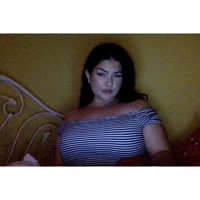 Mr_snuggels tells us more :
Hello, OP here. I've notice quite a few comments similar to this. So, I'll set the record straight on why my cat is "bigger", instead of assuming I'm a bad "cat parent". My cat has a metabolism disorder... Which means he doesn't have the same working digestive system as a regular cat. Which was caused by genetics from his mother, who was also an obese cat that also had a metabolism disorder as well. He was always a bigger cat. But now as he's getting older I've noticed his size increasing. I have talked to the vet about this. Since, Micky (my cat) is in good health, she just suggested to slowly make my indoor cat an outdoor cat, to try to make Micky more active in his daily routine, we also made changes into his diet. Every Time I let Micky outside I watch him, since he is not originally an outdoor cat. Therefore, it was a coincidence that Micky was feeling very adventurous as was trying to climb the fence, pooped himself, and fell in it. I agree, fuck the cats life... But, guess who had to clean the mess?
Animals

Fat or obese animals in the wild are not exactly common. Many wild felines eat what they require to survive. Animals that live in places where food is scarce in general or during the winter will eat as much as possible to build up stored fat so they do not die of starvation when food isn't readily available. Animals have been evolving for many years, and they will almost always make the best choices in regards to their health. If they didn't, the majority of the top predators would be extinct or nearing extinction, for reasons other than man (habitat loss, over hunting).

Spayed or neutered animals can indeed gain weight faster than intact animals, however, all of these factors should be considered in the diet and feeding schedule.
It is common knowledge that growing animals (juvenile) require more food and protein since they are still growing which burns a lot of calories and consumes energy, which is why it is recommended to feed them several times a day, and decent amounts of food. Again, all should be considered and worked out in their diet and feeding schedule.
When working out a diet and feeding schedule it is always good to consult a vet and nutritionist every 2-6 months for young animals and once a year for older ones. It can also be done by trial and error, however, only for experienced pet owners as there can be many flaws otherwise.

@51 and 53 - There are indeed a lot of factors involving weight gain in both animals and humans, however, many owners are just irresponsible with their pets and/or do very little reading or researching the quantities of food their animals require. Some trust the instructions on the bags of food they buy to gauge how much to feed them, however larger name companies commonly recommend using far too much so people run out faster and buy more of their food. Another factor is the food people are feeding their animals, usually it's very fatty, and offers little nutrition. Vets also often recommend using foods that are not suitable for both healthy pets, and ones in bad health, since if they are being sponsored, or have some sort of deal with them, the more food they sell, the more money they make.

In summation, I had absolutely no idea that the cat had health problems, and there was no way to know until OP commented AFTER I did. There are many, many owners in this world that give little thought to the health of their pets, and more often than not, feed the wrong food, feed too much, or too little, and mistreat their pets in one way or another, it is almost always safer to assume the owner is at fault, than the animal has some sort of medical issue.
Send a private message 0 11 Reply
Reply
I think you put a little too much thought into this.. A little ridiculous
Send a private message 7 0 Reply
Reply
Not as much as you may think. Animals are something that interest me, and I happen to know quite a lot about them. Some times I don't actually realize how much I've written until I'm am near finished. However, even so I must say, I'm not exactly sure how sharing knowledge or actually bothering to put thought into something (as apposed to being some mindless idiot) is ridiculous.
Send a private message 1 9 Reply
Reply
It's only ridiculous because it's supposed to be fml, where people share their funny stories and other people make fun of them. It's not a lecture hall, step down from the podium miss know it all lol
Send a private message 6 0 Reply
Reply
I would read the previous replies to my original comment before you talk about lecturing.
Send a private message 1 4 Reply
Reply
If the owner of the cat is the leading cause of it's obesity, then why are you saying &quot;fuck your cats life?&quot; That's a terrible thing to say, and when you're trying to prove a point to other people, swearing and insulting other people or things makes others lose quite a bit of respect for you, which also puts a damper on how many people support you as opposed to the other side of an argument, and not to mention your reputation.
Send a private message 0 2 Reply
That is freakin hilarious. I would never stop laughing if I saw that. On a serious note maybe stop over feeding the cat.
Send a private message 15 5 Reply
Reply
On a serious note , maybe don't assume overfeeding is the problem.

Learning to read an author's response (you know, the one highlighted in blue) can alleviate that sort of problem.
Send a private message 7 5 Reply
Reply
#58 its a bit hard for the tenth commenter to read the OPs reply when the reply is comment 49. maybe learn to read what number comment it is before being a bit rude.
Send a private message 7 3 Reply
Fuck the cats life...
Send a private message 16 5 Reply
Next
Spicy
Today, I went on a date. I didn’t want to go to his house, but we all have needs. I told him I should leave because I needed my medication in the morning....
I agree, your life sucks
283
You deserved it
181
7 Comments
Today, after drawing a huge portrait of a homeless man to raise awareness about homelessness, I showed it to him. When I told him I was glad he liked the...
I agree, your life sucks
486
You deserved it
104
3 Comments
See all the Spicy FMLs
© Beta&cie, All rights reserved