Log in
By gmarina789 - United Kingdom
Today, I was out with my boyfriend, and I had an epileptic fit. He had never seen me have one, and it freaked him out. He rang me later to dump me, as he didn't want to go out with someone who acted like a 'spaz' in public. FML
I agree, your life sucks
43466
You deserved it
4216
171 Comments
Favorite
Tweet
Share 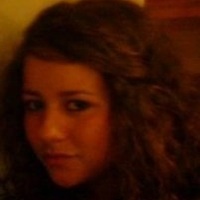 gmarina789 tells us more :
Hey guys, thanks for posting all your comments, I have read them all. Firstly i'd like to say that epilepsy is a condition that can't be helped, so i'm kind of stuck with it and its not necessarily genetic. I am proud of who I am and I wouldn't change who I am even if I could. Secondly, I did tell my ex that I had epilepsy, I told him straight away so he was aware of my condition; to not tell him would have been unfair. Thirdly thanks to all the people who understand what its like and have written messages of support, I really appreciate it. To those who have written 'negative' comments, you are entitled to your own opinion, just don't share it with me. Being called a 'spaz' or saying that 'i'm sick' or 'not normal' is uncalled for. I'm currently studying Medicine at Birmingham Uni to try and help those like me, and all i'm going to say is how ironic would it be if one of you who have said i'm 'not normal' came into a hospital where I was working and I saved your life...I guess you wouldn't be saying stuff then. Again, thanks for all the positive comments :)
Love

If you are willing to give up your girlfriend because your children may become epileptic, than you don't love her enough, it's as simple as that. Relationships are in this culture about much more than just a way to create children. The health of the future children is important, yes, but it's not like OP has a devestating disease which will make all their possible offspring deathly-ill.

You make also a mistake: dumping your partner because he/she is epileptic =/= dumping your partner because the relationship isn't serious enough. The second reason is completely understandable, the first reason is something for assholes. Yes, those two reason are obviously linked with eachother, but OP's boyfriend gave the first one as explanation, therefore it is a dick move.
Send a private message 22 1 Reply
Reply
#59 are you kidding me? he doesnt need to 'look after her'! and if he did it would be because he loved her! obviously he was just a useless bastard and if you read the fml properly you would see he dumped her because she looked like a 'spaz in public' so she embarrassed him. are you saying you would dump your girlfriend if she was like that too???
Send a private message 16 4 Reply
Reply
I hope you find someone to look after you, neonoodle, because you're clearly "special."
Send a private message 9 0 Reply
Reply
wow all of you people are such good Samaritans when it comes to situations you aren't a part of. Yes, I would dump somebody with an illness and I wouldn't get serious with somebody who I know has an uncurable illness that can also be transferred to any kids we have. If ops SO didn't know about op's epilepsy, then it was obviously a fairly new relationship and the SO has no obligation to stick around with a sick person.
Send a private message 3 30 Reply
Reply
Do you even know what epilepsy is? It's not like she's retarded or something. What is there to &quot;take care of&quot;? Epilepsy is not sped. It's a dick move to dump somebody just because they have a seizure in public and it embarrasses you. Most cases of epilepsy aren't even genetic.
Send a private message 13 0 Reply
Reply
Neonoodle, you would dump someone if they had an illness? So if your girlfriend gets the flu, you would dump her?
Probably not what you meant, but that's exactly what you said.
Be more careful about what you say and how you say it.

I had a friend die because she had an epileptic seizure in the bathtub and drowned. She was the kindest, most wonderful girl and boys found her attractive, despite her disease, which she was very up-front about. Maybe you should grow a pair, be a real man, and realize that there are things wrong with everyone. Love someone for who they are, not whether or not they have a disease.
Send a private message 19 1 Reply
Reply
wow neonoodle you're an up-right dick. seriously man I doubt you even know what epilepsy is! my best friend has epilepsy and the 6 years I've known him I never wouldve that of epilepsy in the way you're thinking. besides it's not like it will carry on their whole life. my friend hasn't had a seizure in like 5 yrs so stfu and GTFO!
Send a private message 14 0 Reply
Reply
That was the best thing I've heard today
Send a private message 0 0 Reply
Next
Spicy
Today, as usual during sex, my boyfriend finished first, and then he "massaged" me so I could finish too. While he was doing that, his grandma called....
I agree, your life sucks
223
You deserved it
32
5 Comments
Today, during one of my wife’s very infrequent amorous moments, she headbutted me and split one of my front teeth in half. I now have two teeth where there...
I agree, your life sucks
528
You deserved it
33
3 Comments
See all the Spicy FMLs
© Beta&cie, All rights reserved