Log in
By Ieri - Albania
Today, I was on a date with my boyfriend. As we walked back home from the cinema, he was checking his phone, when suddenly someone grabbed it and ran off. I had to be the one to go run after the thug because my 23-year-old boyfriend froze on the spot, crying. FML
I agree, your life sucks
49951
You deserved it
5657
151 Comments
Favorite
Tweet
Share 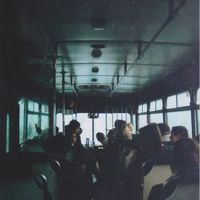 Ieri tells us more :
Hey OP here o/ Lots of these comments cracked me up, you guys are awesome xD So here's the follow up: In the end someone who saw what happened grabbed the guy and we could get the phone back (Yes, an iPhone) but he ran away, though it doesn't matter anymore. In response to the comments: 1.I didn't expect him to run after the thug just because he's male, I understand why he'd freeze up, I just didn't expect he'd start crying without saying a word and it was kinda embarrassing. 2.Yeah probably going after him wouldn't have been the safest thing to do, but caught in the spur of the moment that was all I thought to do. And calling the police wouldn't help where I am, they're practically useless -.- Calling for a robbed phone would do nothing. 3.I'm not breaking up with him just because of that, I love him, things happen, I'm not that shallow. Thanks for your comments anyway xD
Love Then again, I would probably also be in a state of shock if someone just yanked my phone out of my hands like that.
Send a private message 44 3 Reply
Reply
But.... You're bolt the super dog. You could have gotten it back and been home in under a second!
Send a private message 23 1 Reply
Next
Spicy
Today, barely able to pay rent while working 3 jobs, I decided to give in to the idea of making online sex work photos and videos. Everyone else seems...
I agree, your life sucks
343
You deserved it
105
3 Comments
Today, I started to cry while masturbating. This isn't the first time that this has happened. FML
I agree, your life sucks
402
You deserved it
164
4 Comments
See all the Spicy FMLs
© Beta&cie, All rights reserved