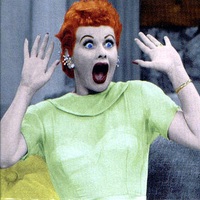 MiscHats Say more :
Perhaps I should have made this a little more clear, but yes, I did get puked on. Unfortunately the woman behind me was in a seat which was higher than mine, and thanks to the laws of physics, that meant the vomit sailed nicely downwards and splashed onto the back of my head. She didn't aim into her lap. The guy next to her had the aisle seat, and he at least puked into his lap. One of the other three who puked was standing up in the aisle, and I'm pretty sure he splashed a few people. The other two were at the front of the bus. Basically, it was a Pukey Bus from hell. Getting off was maybe the happiest moment of my life.
Transportation

Chistmas joy their bellies bringing
From their throats the vomit singing,
"damn all of you infidels!
I hope that you enjoy the smell"

If you didn't, yes he got thrown up on .
Send a private message 18 18 Reply
Hark the transportation sings,
"Everyone is vomiting!"
If you don't want to be next,
you better get out of that mess

Chistmas joy their bellies bringing
From their throats the vomit singing,
"damn all of you infidels!
I hope that you enjoy the smell"

Something wants me to me to say 2.