Log in
By Dillyduzit - Australia - Brunswick
Today, I tried to tell my best friend how wrong she is to be dating a married man, whose wife happens to be pregnant with their first child. Our talk ended with her calling me a "meddling, frigid bitch" and me being told this is why I can't get laid. FML
I agree, your life sucks
30192
You deserved it
2805
171 Comments
Favorite
Tweet
Share 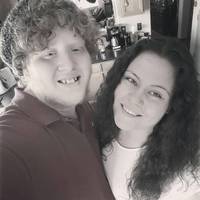 Dillyduzit tells us more :
OP here. It's been three years since the incident, and I finally took the time to read all the comments and figured I can now do a complete follow-up. My best friend and I were in our senior year of high school, and the married man she was seeing was a few years older than us. I didn't know him or his wife. Basically, the guy had a long-term girlfriend who he left because he moved across the country, where he met my best friend. She dated him and lost her virginity to him, so he was her "first love" and that whole deal. He went back to his old town to visit friends and family, slept with his ex, and then came back to my best friend who didn't know. He found out his ex was pregnant, dumped my best friend, and married his ex who moved across the country to be with him and raise their family. My best friend was heartbroken, but I guess he was telling her that he still loved her and was only married to his wife because she was pregnant, but he would eventually leave his wife for her. She- being vulnerable and young- believed it and kept seeing him. Looking out for my friend's best interests, I tried to tell her that what she was doing was wrong- not just for the wife and kid, but for herself, because he obviously was using her and had no intentions of leaving his pregnant wife. She didn't like what I was saying and essentially told me to fuck off. I didn't tell the wife (even though I wanted to) because I didn't know her and didn't need my best friend to be mad at me. I was kind of afraid of her because she has a very aggressive personality and I've always been very passive. But anyway, she eventually found someone else and ended things with the cheating asshole. It took some time though. Nevertheless, her and I are still friends. We dropped the "best" though and I keep her at arm's length because new incidents have arisen throughout the past couple of years that made me realize she doesn't deserve my friendship. Karma also helped a girl out and I'm happily married while she still searches for someone who will love her despite the fact that she's crazy. And you best believe I've been keeping my husband far away from her. Thanks for reading! Sorry this was so long.
Miscellaneous If your best friend has such little morals that she goes and dates a married man, that's sick. She needs to learn how to value her friends and treat them with respect, especially when they're trying to help her.