Log in
By zahra_786 - United Kingdom
Today, I played Call of Duty with my new flatmate. He continuously lost and was outraged that a girl beat him. It resulted in him shouting at me, claiming that since I'm Muslim, I must be part of the Taliban, which would explain my gaming skills. FML
I agree, your life sucks
49953
You deserved it
8907
205 Comments
Favorite
Tweet
Share 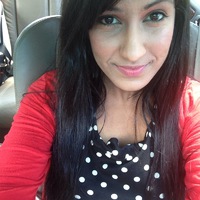 zahra_786 tells us more :
Hey guys OP here! I loved reading the comments! So this was the first week or so he had moved in, so I set up my playstation 3 for us and the other three flatmates to allow him to get to know us and speak to us since he was new here! When I kept beating him, he started shouting stuff in Italian (he's a foreign student) and then at the end he started using my religion as the reason for my win! LOL. I also beat his ass on FIFA..but he had no ridiculous excuse there ! :Dp.s. he's hopefully moving out soon so its all good!
Miscellaneous By and somehow you have a master's degree

Today, my faculty mentor for my senior capstone project wasn't at my presentation for the entire department faculty. I assumed his wife or kids were sick, but that piece of shit told me himself that he was at home watching the new season of Stranger Things. FML
I agree, your life sucks
4125
You deserved it
332
17 Comments
Favorite
Tweet
Share
By ruined

Love in the time of coronavirus

Today, my girlfriend broke up with me. Then my COVID test came back as positive. FML
I agree, your life sucks
982
You deserved it
123
4 Comments
Favorite
Tweet
Share
Next
Add a comment - Reply to : #
You must be logged in to be able to post comments!
Create my account Sign in
Top comments
I think he was more pissed that a girl beat him, so he came up with some bullshit excuse.

That is exactly what OP said...
Send a private message 0 2 Reply
Reply
I'm not sure when video games became a &quot;guy&quot; thing really. When I was younger my cousins &amp; I would play Super Nintendo or N64 all the time, and half of us were girls. A lot of girls you talk to will say they used to play when they were younger. Somehow I think a combination of girls being pushed toward makeup, hair &amp; clothes while Xbox and PlayStation started marketing to boys just divided everyone into stereotypical sides. But I love a good zombies match... so long as I don't get some immature idiot on my team who sneaks up behind everyone to throw grenades and steal kills and in the meantime running around doing nothing. I hate when people do that.
3 0 Reply
What a pussy your roomate is.
Send a private message 93 4 Reply
Reply
7- Agreed. If his fragile ego can't handle losing, he shouldn't play the game. :P
Send a private message 27 2 Reply
Reply
I would agree except that in this case &quot;pussy&quot; won.
Send a private message 17 1 Reply
Looks like his sense of logic is fucked up. It just doesn't make any sense.
Send a private message 14 5 Reply
I didn't know they had suicide bombers in CoD?

JALALALALALA BOOM!!
Send a private message 3 7 Reply
That reminds me of the multitudes of 10 year olds who try to harass everyone online who can beat them. Tell him to practice more and to stop complaining.
Send a private message 48 0 Reply
Next
Spicy
Today, after drawing a huge portrait of a homeless man to raise awareness about homelessness, I showed it to him. When I told him I was glad he liked the...
I agree, your life sucks
152
You deserved it
35
1 Comments
Today, I found out why I’ve been covering most of the bills and the rent. Turns out my boyfriend is paying a very expensive OnlyFans subscription for his...
I agree, your life sucks
680
You deserved it
65
7 Comments
See all the Spicy FMLs
© Beta&cie, All rights reserved