Log in
By mukduk - United States - Chattanooga
Today, I moved in with my boyfriend. The first thing he did was hand me a paper containing listed rules he expects me to follow. When I asked if it was a joke, he promptly pointed to number 7 on the list, "Cleanliness is not a joke". FML
I agree, your life sucks
30598
You deserved it
6631
153 Comments
Favorite
Tweet
Share 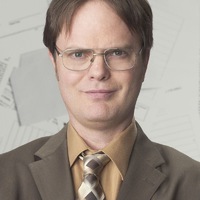 mukduk tells us more :
Hello all, OP here. Just clearing things up. Seems I'm getting a lot of conflicting opinions. Some say "FYL, he's abusive, run away!" while others say "YDI because you should've known him better". Others seem to be in between. Well this might clear things up. My boyfriend is a total neat freak. No, he does not have OCD, he just hates messy things. He also just bought a bunch of new, shiny, modern, don't-defile-it-with-your-filthy-hands furniture recently, so he's being extra annoying about it. I, myself, am not as clean as him. I classify myself as someone who only cleans when it's needed. He cleans every. Single. Time. Before moving in, he said "when you get here, we'll have to discuss some rules" which I agreed to. I had a few rules in mind such as "put down the toilet seat" or "replace the toilet paper when it runs out" (now that I think about it, it was more bathroom rules than anything). When I got there, I thought we'd sit down and talk about it. Apparently that's not what he meant by "discuss". So no, I was not expecting the paper, but considering his cleaning habits, I probably should have. Here's an example of the rules he had: "1) NEVER eat in bed. Seriously. 2) Female products are to be thrown in a trash receptacle outside. 3) Wash the dishes before placing them in the dish washer." Yes, these do seem kind of ridiculous. Which is why I asked if it was just a joke. There were a lot of other rules as well, I think a total of 50 something? After reading them all, I had to sit him down and make a few compromises. The rules are a lot less strict now and I threw a few in there myself. He's actually a great guy, just loves to clean. I guess that's an upside right? Anyways, thanks to those supporting me. And thanks for reading this little novel I wrote. -mukduk (sorry my username has nothing to do with my FML, but it's a reference from the Office, so I think that'll suffice)
Love With any luck, it'll be canceled