Log in
By aireeahna - United States - Cedar Rapids
Today, I'm 5 weeks pregnant and just found out that my boyfriend has such a phobia of holding babies, that he's going to be the one most in need of a diaper change when I give birth. FML
I agree, your life sucks
42811
You deserved it
6815
146 Comments
Favorite
Tweet
Share 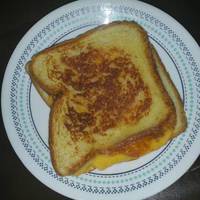 aireeahna tells us more :
Op here. So to start off I have been with my boyfriend for almost 5 years. The issue never really came up over the years because we were never really around babies, he is really good with children so I just assumed that he was good with babies as well. When it did come up we were at his little brother's graduation party. I was holding a cousins newborn baby and asked him to hold him so that I could go to the bathroom but instead of taking the baby he backed away from me almost stumbling over his own feet because he was in such a hurry to get out of the situation. I asked his mother what his problem was and she just said that he has always been scared to hold babies since his brother was born. I have yet to tell him that we are expecting because our 5 year anniversary is at the end of this month and I wanted to tell him while we're on vacation. The baby is obviously unplanned but I don't regret getting pregnant and I'm sure that my boyfriend will be just as happy as I am with the news. The only other person who knows right now is my best friend who is due in September and she is going to let him practice hold the baby so that he'll be more comfortable but until then I think we'll stick to dolls and toddlers :p
Miscellaneous Today, my boyfriend and I got into a huge argument when I suggested we start sleeping in separate rooms. He thinks I don’t love him anymore, but that’s not the case. I’m madly in love with him, but he snores like a freight train and thrashes like a fucking Ninja Turtle all night. FML
I agree, your life sucks
1890
You deserved it
225
23 Comments
Favorite
Tweet
Share
By Anonymous - India

Today, I found out that the guy I've been dating for a year is and always has been gay. I was apparently "an amazingly convenient beard" for his ultra-religious family. FML
I agree, your life sucks
1803
You deserved it
167
4 Comments
Favorite
Tweet
Share
By Anja - 3/2/2021 03:30

Today, I threw up on my crush's lawn. FML
I agree, your life sucks
1159
You deserved it
432
5 Comments
Favorite
Tweet
Share
By Anonymous

Today, me and my boyfriend had sex but stopped when I felt pain down stairs. That evening he wanted me to go to the emergency room but I wanted to sleep it off. Turned out I needed surgery. One of my fallopian tubes had ripped. The sex was so rough, I got an intravenous hemorrhage. FML
I agree, your life sucks
6401
You deserved it
840
26 Comments
Favorite
Tweet
Share
By Anonymous - 16/2/2021 14:01