Log in
By Truffle - United States - Waldorf
Today, I got an almost $200 vet bill because my mom's cat tried to eat a cactus. This same cat chewed through a wall only a week prior. I have no idea what this crazy thing will do next. FML
I agree, your life sucks
4055
You deserved it
432
19 Comments
Favorite
Tweet
Share 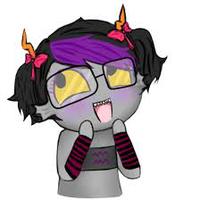 taintedtruffle tells us more :
He has plenty of cat toys and two siblings so I doubt he is bored. And no his name is Bananas because he's so crazy. I will encourage her to play with him more- he loves the wand toys . Thanks for the suggestions.
Money
Animals

Try dedicating a chunk of time in the morning and afternoon to play time. Twenty to thirty minutes each should cut down the craziness.
Send a private message 21 3 Reply
Sounds like somekitty needs a few cardboard boxes and some catnip mice. Maybe a bird feeder outside a good window.
Send a private message 8 0 Reply
He has plenty of cat toys and two siblings so I doubt he is bored. And no his name is Bananas because he's so crazy. I will encourage her to play with him more- he loves the wand toys . Thanks for the suggestions.
Send a private message 3 0 Reply
Reply
Ah, I didn't mean boredom, exactly. Cats- and dogs, too- can have too much physical energy, which causes them emotional stress and has been considered to actually cause pain in more extreme cases. So it might not be mental stimulation that he's lacking (and actually, having mental stimulation available for animals with high energy can actually make it worse since it can wind them up) as a physical outlet. If having the free time to actually play with him is a problem, there are also things like cat wheels (think of a hamster wheel, but much bigger and for cats) or even just one of those weird motor powered balls with a tail attached.

If the behavior does keep happening (which, it sounds like it's a recurring problem even without stressors) you can try melatonin or Benadryl. I suggest at least discussing it with a vet, but if that isn't feasible, I suggest at least reading up on them. Melatonin's suggested starting dose is .75 mg, but I would suggest starting even lower, at .5 mg- and since melatonin is a supplement and this ingredients in the tablets can vary wildly, I really want to emphasize checking the ingredient lists to make sure there aren't any ingredients harmful to cats in it. With Benadryl, the dose given by vets is usually 1 mg/lb. So if you want to try that route, the best bet is the 12.5 mg tablets since you can break them in half for smaller cats, or give more for bigger cats.

Both of those are methods suggested by vets- we use them with our rescue dog who has badly abused and has some major separation anxiety. I strongly suggest trying either having him wear a baby's onesie, or looking up how to use sport wrap bands to give to provide compression to see of it make him calmer. If either one does work, you may want to look into- or have your mom look into- getting him a ThunderShirt. It's a compressing jacket, similar to swaddling in how and why it works.

Good luck with Banana! Hopefully my advice is new and helpful.
Send a private message 3 0 Reply
Are you sure this is a cat and not a giant rat? I have never heard of cats chew through a wall before.
Send a private message 1 0 Reply
If it's your mom's cat, why do you get the $200 bill? Let her deal with it.
Send a private message 7 0 Reply
Well... the cat only has 7 more chances left. Pray it calms down before then.
Send a private message 7 0 Reply
Next
Spicy
Today, I drunkenly hooked up with a meth dealer I just met online. Of course this occurred at his place, since he's on home detention for drug trafficking...
I agree, your life sucks
10
You deserved it
78
1 Comments
Today, I tried pouring water on myself like in Coyote Ugly to the song "Pour Some Sugar On Me." I ended up waterboarding myself and I didn’t stop until...
I agree, your life sucks
61
You deserved it
310
5 Comments
See all the Spicy FMLs
© Beta&cie, All rights reserved