Log in
By pabj208 - United Kingdom - Cardiff
Today, during a meal out with my team and bosses, I wasn't drinking. The waiter complained, "If you're not ordering alcohol, how am I supposed to take advantage of you later?" I'm not sure what's worse, the rapey pre-dinner joke or the awkward silence as my colleagues looked on. FML
I agree, your life sucks
34858
You deserved it
2501
69 Comments
Favorite
Tweet
Share 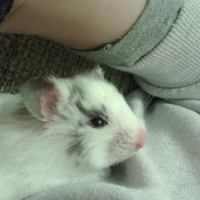 pabj208 tells us more :
OP here. Thanks for the comments everyone, you'll be pleased to hear that today I did phone up the restaurant posing as 'a member of the girl's team' (which is technically true), as I didn't want to identify myself. I can take a bit of banter as much as the next person, and although I'm sure it was meant as a joke, it certainly crossed a line. I thought I'd say something to his manager in case he repeated his actions to someone less capable of standing up for themselves than me! You never know who he might try it with again... The (female) owner was horrified and said she was furious with the waiter, who had apparently worked there for 20 years. She'll be having a chat with him later on and offered me and 'the girl' (also me!) a free pizza each. I don't think I'll be taking them up on the offer! Oh, and my team were lovely about it- after the shocked silence they all agreed that he crossed a line and were very supportive :)
Work Today, I tried to suspend a junior accountant for turning up to work late and stoned 3 separate times. Turns out his uncle is a part owner of the business, so the accountant got to smile his smug little grin as I got yelled at for not minding my own business. FML
I agree, your life sucks
1953
You deserved it
174
9 Comments
Favorite
Tweet
Share
By Anonymous - 12/11/2020 23:03

FML crashed before I could edit. -_-
Send a private message 33 2 Reply
Reply
Since when does &quot;take advantage of&quot; = rape?! Alcohol lowers inhibitions, and a lot of people find themselves more amenable to having fun with someone after a few drinks. As I read it, I don't think he was making reference to forcing himself on her at all. Perhaps it's my Irish sensibilities, but I've been in exactly the same situation and was flattered that the girl was coming on to me.

Man says that to woman, woman thinks the man is a creep.

Woman says that to man, &quot;hey, I might get lucky!&quot; &quot;

That's not a double standard. A double standard would be a man getting in trouble for saying that because a woman complained to management but a woman not getting in trouble for saying that when a man complained about them saying it.
What you described is just a difference in what men and women consider being flirting versus sexual harassment. That's not something people can control. As a woman I can't control how a man thinks any more than he can control how I think. Therefore there are certain things, such as what this server said, that you shouldn't say unless you know how someone will react.
Send a private message 18 2 Reply
Reply
No one should harass anyone like that, don't complain that some people get in trouble more often for saying terrible things like that.
Send a private message 8 1 Reply
Next
Spicy
Today, barely able to pay rent while working 3 jobs, I decided to give in to the idea of making online sex work photos and videos. Everyone else seems...
I agree, your life sucks
773
You deserved it
262
5 Comments
Today, I started to cry while masturbating. This isn't the first time that this has happened. FML
I agree, your life sucks
582
You deserved it
236
4 Comments
See all the Spicy FMLs
© Beta&cie, All rights reserved