Log in
By WeiXinLun - United States - Union City
Today, my new neighbors moved in. They have a chihuahua that constantly barks all throughout the day. It makes a great addition to my other neighbors that have a rooster that goes off at sunrise every morning. FML
I agree, your life sucks
39970
You deserved it
2970
84 Comments
Favorite
Tweet
Share 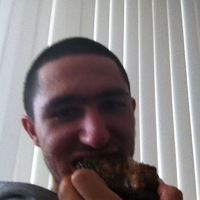 WeiXinLun tells us more :
OP here! this actual happened a while ago, but the principle is still the same. the neighbors with the chihuahua, they occasionally yell at the dog to shut up. for the most part, they do nothing. it's not too loud to legally make a noise complaint, but loud enough to be an awful annoyance. as for the ones with the rooster, they don't even speak English. they're from Hong Kong, so they only speak Cantonese, which i don't speak. and i live in the middle of suburbia, so the rooster is very illegal. a 1000$ fine, i believe, if reported. the rooster usually gets really loud around 10, so it sometimes wakes me up, sometimes not. the chihuahua is pretty much 24/7. any more suggestions are more than welcome though, thanks!
Animals Join in the fun

He can run, but he can't hide

Today, my 70 year-old mother complained about the patio window being dirty. I asked her why she couldn't clean it, or anything else in the house for that matter. I was informed she can't clean windows because she's not left handed. FML
I agree, your life sucks
1537
You deserved it
192
8 Comments
Favorite
Tweet
Share
By P DarklyKira