Log in
By KiraK_320 - United States - Baton Rouge
Today, my house flooded. Hundreds of dollars worth of art supplies, multiple video game systems, academic awards from middle school, birthday cards from my deceased grandfather; it's all gone. What remained untouched? The cat's litter box, which somehow floated. FML.
I agree, your life sucks
15208
You deserved it
1106
48 Comments
Favorite
Tweet
Share 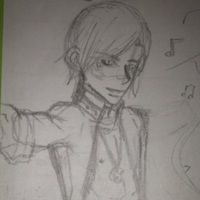 KiraK_320 tells us more :
Hi everyone, OP here (well my nickname's gonna show so I'm not sure I needed to say it, but whatever)! Thanks for all the wishes and hugs. <3 First, I saw a few people ask about the cat; she's perfectly fine! And it wasn't actually my cat, it was my mom's boyfriend's... My cat and I live in Baton Rouge in an apartment with my dad, and I had just moved in there in April, so the majority of my things were here but... I had left my memorabilia box (the cards from my grandfather, a lot of childhood books and stuffed animals, the awards, etc.) at my mom and her boyfriend's house in Denham Springs (which, to any of you fellow Louisianians, you know the entire town was flooded), and I had forgotten some of my art supplies and old sketchbooks there alongside my Xbox and Wii unfortunately.Anyway, I actually have some good news: I had submitted this before I was able to go back to the house to salvage things and so when I did manage to go through the flooded stuff (after the water receded, of course), I was able to save a lot of it! Funnily enough, my Wii had been in a plastic tub that also floated, so that was safe. I got to wring out my stuffed animals, and wash them at a laundromat, and I also managed to carefully separate the flooded cards and lay them out in the sun to dry... very happy about that! Again, thanks guys :^) and to any of you that went through the flood as well, I hope you're doing ok and that your families were safe.
Miscellaneous Today, I attended my father’s funeral. I have the week off work, and one of my colleagues is using this time to make a play for my job. I’m not supposed to be checking emails, so I can’t call them out on it until I get back, by which time it may be too late. FML
I agree, your life sucks
1688
You deserved it
102
6 Comments
Favorite
Tweet
Share
By

Today, I was standing in line at a coffee shop when the guy stood behind me let out a huge fart, then walked away. The rest of the line turned around, thinking that it was me. An old lady started to lecture me about being rude, while the guy who did it laughed behind his mask in the corner of the shop. FML
I agree, your life sucks
1472
You deserved it
112
5 Comments
Favorite
Tweet
Share
By Lovesickgal - United Kingdom