Log in
By TinyBouvier - 27/10/2014 08:04 - Belgium - Gent
Today, my friend drove up a parking lot and I unbuckled my seatbelt as soon as we were parked. He then suddenly saw a better spot right in front and moved his car. When I got out, a police officer approached me, saying I wasn't wearing my seatbelt. I was fined for that. FML
I agree, your life sucks
36878
You deserved it
5006
131 Comments
Favorite
Tweet
Share 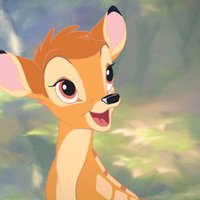 LittleDoggo Say more :
My friend parked between two other cars and as I was about to get out of the car, he said, "hold on, I'm gonna move to that spot", since he noticed the parking spot in front of him had more room. So he slowly drove forward for a few meters and then we were parked again. It was such a small distance and at such low speed that I didn't bother to buckle up again. Unfortunately for me, the police officer who saw me in those five seconds where I wasn't wearing the seatbelt, didn't believe me when I tried to explain that I had just unbuckled my seatbelt moments before we moved to that parking spot. He was firmly convinced that I wasn't wearing my seatbelt the whole time and gave me a fine of 110€... That's roughly 139$. I fear I won't be able to fight this ticket. After a quick search on Google, I found out that in Belgium the parking lot of a store is also considered a "public road". Ridiculous.
Transportation
Previous FML Next FML

Trust me, you they can get counselling, but you never truly get over things like that.
Send a private message 13 2 Reply
Reply
It's the person who chooses to clean you up's fault, their psychological problems are their own fault
Send a private message 2 16 Reply
Reply
What about the cost to society including the ambulance and road cleaners? Also the coroner and investigation that now has to become way more serious.


The government's job IS to protect people who are too stupid from themselves.
Send a private message 8 0 Reply
Reply
Depends on where in the car you're sitting, #58. There was once a case in my state where the guy in the back seat wasn't wearing a seat belt. Because of the way they crashed, he flew forward and rammed right into the front passenger's head and killed them both.
Send a private message 9 0 Reply
Reply
I watched a video once (for drivers ed) where a person in the back seat who didn't have a seatbelt on flew around in the car during a car accident and managed to kill the other people in the car too. You not wearing your seatbelt not only poses a risk to yourself, it's a risk to everyone else in the car with you.
Send a private message 8 0 Reply
that's some bullshit. I.hope you explained the situation. if that didn't help, go to court. that's not fair at all.
Send a private message 20 3 Reply
Cops will point out extraneous stuff just to get some cash from you.
Send a private message 14 6 Reply
Click it or ticket
Send a private message 8 16 Reply
Next
Spicy
Today, I decide that when I will have a free weekend I will study, but instead of that my girlfriend wants to fuck with me every chance she gets. So I...
I agree, your life sucks
10
You deserved it
19
1 Comments
Today, my boyfriend wanted to have anal sex and I was not informed. While we were doing doggystyle, I felt him pulling out and putting it in my ass. I...
I agree, your life sucks
1266
You deserved it
126
23 Comments
See all the Spicy FMLs
© Beta&cie, All rights reserved