Log in
By LoveIsOneSided - United States - Framingham
Today, my dad remarried, but he didn't want me to come. I'm told he didn't want me to ruin his pictures or make his guests feel uncomfortable, all because I had my leg amputated in April. FML
I agree, your life sucks
36647
You deserved it
1672
155 Comments
Favorite
Tweet
Share 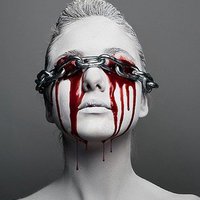 LoveIsOneSided tells us more :
Hi! I'm the OP of this. I lost my leg because of a clumsy accident. In 2013 I tripped walking into my kitchen, and cut my foot on a piece of tile (we were redoing the floor, and only had half the room done). I ended up in the hospital for about a week with an infection. Two weeks after getting out of the hospital, I suddenly got a fever that spiked so quickly, and got so high, I couldn't remember my own name. I was in the hospital that time for 84 days. This second infection got out of control. To this day, they don't know why or technically what it was (on record it's a severe case of cellulitis), but within twelve days of being admitted, I started getting small blisters from my toes to my knee. At thirty days, I was running a fever almost every night (fine during the day), and had lost feeling in half my leg. By sixty days, the blisters had ruptured and I had bigger blisters in some areas, and holes in other areas. They did a surgery where they basically shaved my skin off, thinking that would stop the blistering. Which it did. Once they did that, I was able to go home. But what should have taken a few weeks to heal, took almost a year. I had infections off and on throughout the year, and was on antibiotics at least once a month, every month. In December of 2014, I got a cut on that same leg. Within a week, it was blistered up again. I was back in the hospital, and back on heavy antibiotics. At this point, I had massive nerve damage in the leg, and couldn't feel most of; what I could feel was painful. I'm 28, and there were days when I couldn't walk, because every step felt like I was splitting my skin apart. They never got these blisters under control. The blistering never went past my knee. There was almost a line where they stopped, around my leg. I've had cuts on other parts of my body without an issue, so we don't why this happened or what technically caused it. When they couldn't get the blistering under control, they upped the antibiotics. When I started to show signs of kidney failure, we discussed options. I was able to keep my knee, but lost the leg a few inches below it. I don't have a prosthetic yet, and for the most part I'm okay with it. It's not pain free, but it's not like it was before. One of my brothers, from the minute I woke up from surgery, has been calling me Peggy (my name is not even close lol), but it's all in fun. To keep my spirits up. I'm not overweight, not diabetic and was never really sick until this. It just happened. I guess sometimes things just happen.
Health