Log in
By Opheliae - United States - Allendale
Today, I watched my boyfriend flirt with a cashier and write down his number for her, through the liquor store window, while I sat in the car waiting for him to finish buying things for our "romantic movie night." FML
I agree, your life sucks
57390
You deserved it
5256
176 Comments
Favorite
Tweet
Share 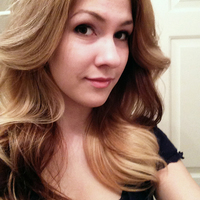 Opheliae tells us more :
Wow, I can't believe this got posted so soon, haha. Anyway, the beau had already purchased his beverage of choice earlier without getting anything for me, so we went back. I gave him cash to pay for my portion, which is why I know he didn't sign a credit card receipt because I watched him pay cash through the window. Not to mention they were smiling and talking for a solid 4 or 5 minutes, and he was on his way out when the cashier called him back, and that's when I saw him write it down. We've been exclusive for 8 months. Before that he had been single and livin' that bachelor life for nearly 4 years, so sometimes he gets out of line and I gotta reel him back in. When I asked him about it in the car, he said she was attending the same concert as us in the fall and wanted to meet up. When I told him my misgivings, he agreed and promised not to text her back if she contacted him. It's all good.
Love

"Hey, where the white women at?"