Log in
By Alaskalex - United States - Anchorage
Today, I was excited because a friend had added me to a new Facebook chat consisting of my tight circle of friends from last year's summer camp. I then saw when the chat had been created. They kept me out of the chat for almost an entire year before deciding to add me. FML
I agree, your life sucks
26849
You deserved it
2803
65 Comments
Favorite
Tweet
Share 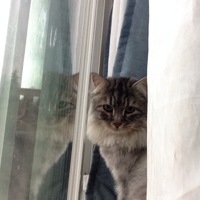 Alaskalex_fml tells us more :
Hey, this is OP. The camp is in Washington, and it looked like all the people in the chat were the campers from Washington, so my guess is that they created the chat just for the Washingtonians and started to add in people as camp time drew closer. The reason why it hurts a little is that I've had a pretty rough year with depression- I switched schools and ended up having no friends for about half the year- and it would have been nice to be able to talk with them and get some support, even though they lived so far away. I haven't said anything about it and I won't, there's no point in making a big deal out of something so little. To #13- I did the same thing many a time in order to make myself feel better about being the youngest and not being able to do the things my older siblings did. #22- Lol, okay, whatever you say. You seem a lot more invested in this than I am. #44- Yes, we have summer camps in Alaska, though I was referring to one in Washington. Contrary to popular belief, there exists four seasons in Alaska, not just winter.
Miscellaneous

He's still got it

All in a day's work!

Today, I was unloading tile boxes out of my pickup truck into this lady's garage. As I grabbed the last 50-pound box, a passing bird shat on my forehead. Green ooze ran down my whole face. FML
I agree, your life sucks
2731
You deserved it
159
8 Comments
Favorite
Tweet
Share
By Anonymous