Log in
By baldiesmom - United States - Union
Today, I spent about 45 minutes attaching brackets and weatherproof lights to the umbrella in my patio set. It looked great, and I was excited to finally sit out under them at night - until the umbrella shifted and fell over, shattering the glass table top. FML
I agree, your life sucks
9706
You deserved it
1100
11 Comments
Favorite
Tweet
Share 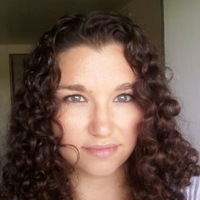 baldiesmom tells us more :
OP here. The instability of the umbrella was due to my husband cutting apart the stabilizing framework under the table that would normally keep this kind of thing from happening because he bought me a "much more awesome" umbrella that was too big for the table. He had good intentions, but I had a feeling the cutting of the framework would be a problem later. And no, there will most definitely not be a next time. As for vacuuming it up, maybe so, if I had a shop vac. As it was, he had loaned our shovel to a friend, I had no gloves, and the grass was long. I improvised and ended up using a hoe and two dust pans. It worked.
Miscellaneous Today, I found out the trigger to my horrendous, disgustingly painful migraines that last up to 5 days is... Pain. My migraines are literally causing themselves. FML
I agree, your life sucks
1427
You deserved it
131
5 Comments
Favorite
Tweet
Share
By Anonymous - 21/11/2020 16:58

Rebel without a cause.