Log in
By CreeptacularBait - United States - Reston
Today, I joined my boyfriend at a work conference out of state. One of the other conference-goers struck up a conversation and I obliged. Apparently, I was too nice. He followed me into the hotel lobby and openly watched me go back to my hotel room, making sure to count the room numbers. FML
I agree, your life sucks
18760
You deserved it
1467
42 Comments
Favorite
Tweet
Share 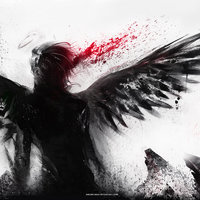 CreeptacularBait tells us more :
Hello there! OP Here! Sorry for the long post in advance! Thank you for all the comments! 1) I went for a walk outside while my boyfriend was off at a meeting at the main office (It's a HUGE Company). Since he was gone for hours I was trying to entertain myself. The man approached me outside the hotel as I was coming in. I only knew he worked for the same company because he had on a company shirt and was talking with a large group of other people wearing the same shirt. He stepped into my path inside to talk to me. 2) I didn't think anything was wrong at first but when I went to go inside I could see his reflection on the glass doors of the hotel and noticed he was watching me leave. I tried to shrug it off as me being paranoid. 3) The layout of the hotel is that there is a large open lobby plan. All of the rooms open up to the main lobby, so you could be on the first floor, or the ninth floor, and still see everything from standing in the main lobby. I was on the third floor almost already at my room when I glanced down and saw him in the main lobby STARING RIGHT AT ME. I immediately whipped my head forwards and watched from the corner of my eye and he refused to take his eyes off of me. I panicked and thought about hiding behind a pillar but realized that would alert him to the fact I knew he was there and might make him react in a bad way. I went towards my room, realized that that was also a bad idea because now he knew what room I was in, so I turned and went to try and head down to another room, but panicked again and hid behind a pillar when I saw he was counting the doors from the lobby and hadn't seen me come back out again. So I darted back in my room, locked the door, and stayed in the back room with a lamp at the ready. 4) I immediately tried to call my boyfriend but he didn't pick up. Not long after I heard someone at the door and had the lamp at the ready when my boyfriend walked in. He was completely bewildered, so I explained everything. He laughed and said if the guy did try to come to the room he would answer the door: Naked. 5) We ended up leaving a day earlier than expected and it turned out for the best because his friend apparently wasn't booked for the night when he needed to be so we gave him our room. We also warned him about the guy and he said if the guy did show up, he'd answer the door naked too! We did get some lovely sight-seeing in, instead. :)
Love