Log in
By TheLadyOpal - United States
Today, I have such an irrational fear of the noise my smoke detector makes when it goes off, that dying in my sleep from smoke inhalation or carbon monoxide poisoning sounds absolutely peachy by comparison. FML
I agree, your life sucks
35791
You deserved it
6250
99 Comments
Favorite
Tweet
Share 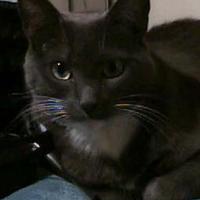 TheLadyOpal tells us more :
Aaaah! I finally got an FML published :D Awesome. Now to clear a few things up: I have had an irrational fear of sudden loud noises my whole life. Not necessarily the noise itself - (although there are exceptions if it's particularly loud, like the smoke alarm), but the anticipation of the noise - one of the reasons I hated school was because I would sit in class and worry about whether or not we'd be having a fire drill that day. And I don't keep an alarm clock. I have tried to keep one in the past, only to realize that if I'm expecting an alarm to wake me up in the morning, I don't sleep. I don't have a cell phone either, and I live alone, so to the smartass who suggested someone mess with my phone to set an alarm ring-tone, sorry to burst your bubble :P And no, I don't actually WANT to die - I was just thinking about this the other day and saying to myself, would I actually rather die in my sleep than wake up in the middle of the night to a terrible noise and have to maybe evacuate my house and call 911 and probably dissolve into a sobbing wreck due to all the anxiety? No, death is not the better solution, obviously, but irrational feelings tend to disregard logic.
Health No one is that good in bed, surely

Today, my ex-boyfriend is still stalking me after several years. I asked him why he doesn't just move on and let me be. He replied that I drove him crazy one time when we were intimate. FML
I agree, your life sucks
958
You deserved it
108
5 Comments
Favorite
Tweet
Share
By Anonymous - 10/11/2020 20:02

Today, I complimented my crush. No, I didn't call her beautiful or sexy, though those definitely apply. No, instead, I called her scrumptious. I can't even begin to explain. FML
I agree, your life sucks
690
You deserved it
255
8 Comments
Favorite
Tweet
Share
By Anonymous - Estonia - Tallinn

Today, I woke up with a scream of pain to find the reason I've had so many realistic dreams lately: my boyfriend has been messing with me in my sleep because he thinks my reactions are funny. For instance, when he pinched me today, I experienced a very realistic wasp sting in my dream. FML
I agree, your life sucks
1214
You deserved it
93
7 Comments
Favorite
Tweet
Share
By SalonGirl - United States