Log in
By KillerChipmunk - United States - Fair Oaks
Today, I finally found out why all three of my roommates were ignoring me. They like to disinfect everything every time they use it, and I don't. They had a problem with that, so they were hoping that by not talking to me, I'd "notice something was wrong and change." FML
I agree, your life sucks
8884
You deserved it
863
38 Comments
Favorite
Tweet
Share 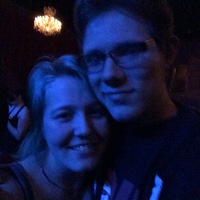 KillerChipmunk tells us more :
OP here! This actually happened a little over a month ago. I'm in student housing, so they got our RA to come and mediate a meeting. Things have gotten much better since then, but it still irks me that a 21, 23, and 24 year old picked up a 6 year old's tactics and thought it was a good idea to just ignore me for about three weeks. Ultimately, I'm not doing much different, just making a bigger show of it when I do clean. I never was gross about anything (imo), I just don't believe in the whole anti-bacterial thing, like wiping down the tv remote and couch weekly, or using Lysol on my bed every morning. To everyone telling me to find new roommates, my lease is up in May, and I'm already looking for new people to live with, but at least things have gotten better since all this happened.
Miscellaneous Today, I put a lock on my account because of several unknown purchases for large amounts. Turns out it was my girlfriend, without asking. Who is now mad at me for blocking her parcels. FML
I agree, your life sucks
1707
You deserved it
163
5 Comments
Favorite
Tweet
Share
By Anonymous - 22/12/2020 19:58 - Germany

&quot;Fuck. He did the same thing with our toothbrush. Doesn't he have any hygienic standards?&quot;