Log in
By lendahandmanda - United States
Today, I drunkenly hooked up with my friend's cousin. After trying to stick his finger up my butt, he blacked out on top of me with his penis still hard inside me. I tried yelling his name and pushing him off, with no success. I ended up having to call my friend to help me. FML
I agree, your life sucks
10958
You deserved it
27851
180 Comments
Favorite
Tweet
Share 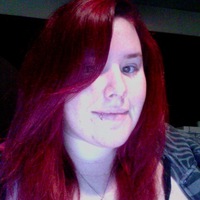 lendahandmanda tells us more :
Not only was he a pretty muscular guy, but his arms were pinning mine down to a point, and i had no leverage laying in the position I was in. To those of you saying I should have just waited til he woke up, he was sort of choking me, his head was under my chin pressed against my neck, and I felt like I was being suffocated, and his body on top of mine was making it difficult for me to breathe. It might have just been anxiety though. I probably could have stuck through it.
Intimacy