Log in
By StargazeKitsune - United States - Kalispell
Today, as if having an old man shit on the floor of the busy restaurant I work at wasn't bad enough, my manager made a video commentating over the camera footage of me discovering said giant pile of shit, and shared it with the entire staff. This is going to haunt me forever. FML
I agree, your life sucks
25251
You deserved it
1904
51 Comments
Favorite
Tweet
Share 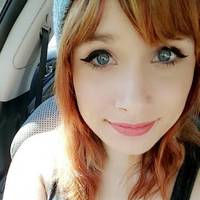 StargazeKitsune tells us more :
Hey guys! OP here! So the burning question here is whether I had to clean it. I was *supposed* to help, but I gagged everytime I got within 10 feet of it, so I was spared for everyone else's sake. We didn't need two messes to clean...the video itself is a little embarrassing because I had literally NO idea what to do. (Never been trained in shit scenarios, surprisingly....), but everyone has good humor and their own horror stories to accompany it so it's pretty much like I've just become the weirdest celebrity ever. His commentary WAS really hilarious, though I'm not sure if he'll be posting the on Facebook or Youtube. He said he doesn't want one of his friends to see it and go "OH MY GOD THAT'S GRANDPA JIM!" But I have a feeling it'll still live in infamy for a while. Anyways, thanks for all the jokes guys! I've been laughing all day. I'll have to show this to everyone at work so they can get a kick out of it too. ;)
Work

&quot;Watch the young female approach the scat sample left by the older, more experienced, male of the species. She inspects the feces and quickly removes it from her territory.&quot;
Send a private message 189 5 Reply
Reply
#7